It is my great delight to present to you a little tale of galactic intrigue and corporate greed.  Enjoy!  GBS 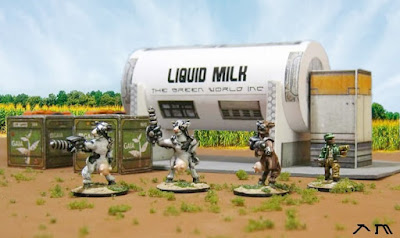 The dark secret of the demise of Paragon Exoplanetary's Corporation's terraformer pig colony did not remain hidden for long.  Independent hacker-journalists raided the corporate servers and leaked hundreds of files detailing not only the pigs' extensive genetic alterations, but also the bio-engineered paramyxovirus that suddenly killed them all just as they finished their terraforming work. 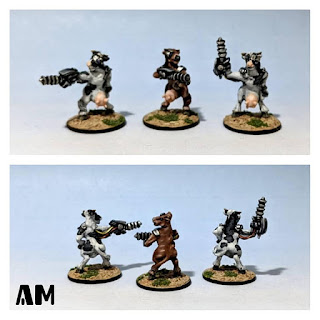 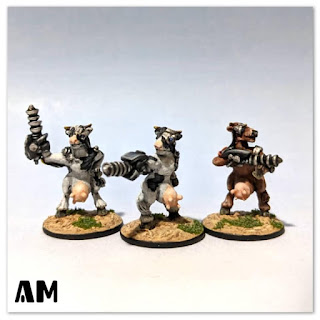 In a big galaxy, the leak didn't make headlines everywhere, but the news did reach the vast pastoral agri-colonies operated by The Green World Inc.  There, genetically enhanced cattle who farmed themselves for milk became outraged by the murder of their fellow livestock.  With the help of sympathetic human farmhands, they hacked their restraining implants and, using seized and improvised weapons, took over the colonies and declared independence from the company...

These amazing figures are HOF161 Uplifted Cattle part of the Grey Alien Army.