Alternative Armies has released a complete set of the classic 25mm / 28mm white metal Space Marines originally by Asgard back around 1980.  The single miniatures have been up on our website for a year now but it was pointed out to us that while we were showing love to the classic Asgard fantasy Barbarians with a complete set with saving we had not done the same thing for the Space Marines!  Well that would not do so here we are!  Go HERE.

Personally I adore these miniatures.  They just scream old school quality and they are lovely to hold and to use on the table.  Despite being from the dawn of science fiction wargaming and working the whole 2001 and Moonraker look they are still contemporary for near future use in play or for vintage setting games as well.  We have been told of and seen these figures in the collections of many wargamers all over the world.  Painted in a myriad of colours and shades.  Here is a listing of the single miniatures and these are all in the set too.
SM1 Space Marine in full armour
SM2 Space Marine in light space armour
SM3 Space Marine in full battle armour
SM3A Space Marine in full battle armour flying
SM4 Psionic Marine with Psionic blaster
SM5 Space Trooper with Force Axe in Battle Armour
SM6 Space Trooper advancing with AP Rifle
SM7 Space Trooper kneeling Firing Energy Mortar
SM8 Space Trooper Captain
SM9 Large Battle Droid
SM11 Space Marine Mortar with crew (3 Miniatures)

Here are some pictures of the single miniatures from SM1 through to SM11.  You gotta love SM9 Large Battledroid...if you gave HAL a body... 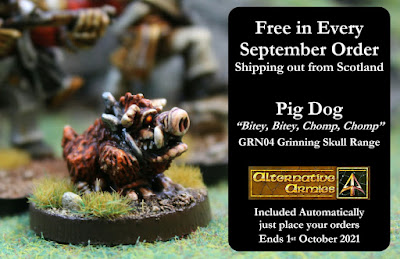