“From the multitude of tiny states and petty kingdoms that make up the Confederation of Finklestein regiments of Dogmen were raised and sent to the north.  They began well shod and finely uniformed in clean cloth but after months of marching and the chill their gleam was replaced with a glum realisation of peril.  Picking clothing from the dead and wrapping themselves in greatcoats, as many layers as they could, the once parade ground fresh soldiers were whittled to a skeleton of their former selves in both numbers and appearance.” - From the Uniformation Article. 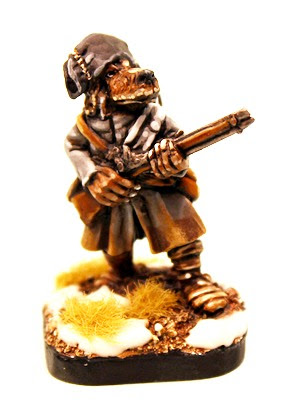 Alternative Armies will be releasing next week, on the 28th of June 2016, the next Flintloque pack which can also be used with Slaughterloo.  It may be high summer but it is the deepest winter where these Dogmen are.  Allow me to present to you the first look at 56594 Witchlands Dogmen Line a set of eight different poses sculpted by Elton Waters and added to the Confederation of Finkelstein army page.  These 28mm scale white metal miniatures will be available as a Ten Miniature skirmish pack, a Twenty Miniature unit pack and single Trooper Miniature booster too.  As always the same options will be offered with a Painted and Based addition so that you can purchase your forces ready to use out of the box prepared by our team here in Scotland. 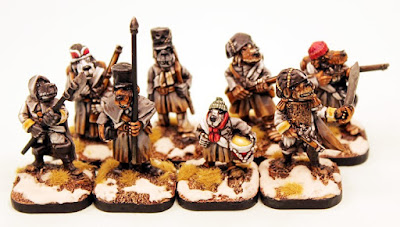 This eight pose set gives you Dogmen Line who can be in the service of the Ferach Empire or in the service of the Army of Ostaria.  Wrapped up to weather the cold they could be retreating from the Undead in the Witchlands or simply be in campaign dress elsewhere on Valon in the autumn or winter.  There is an officer whose cloak is whipping out behind him, sword in hand and pistol in the other hand.  A diminutive musician holding a drum and wearing a woollen hat.  In greatcoat and shako a standard bearer clutching his pole tight.  A hooded sergeant with a short halberd.  Four different troopers all armed with muskets while wearing greatcoats, one is loading, another in a woollen hat is firing, another is marching with his musket slung on his shoulder and lastly in bicorne a trooper advancing valiantly.  This is a great skirmish set packed with character which will rank up just fine into a Slaughterloo line unit.  Here are images of all of the poses: 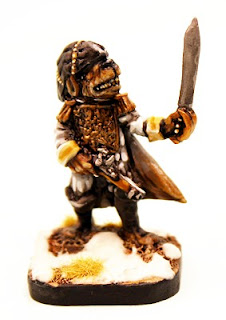 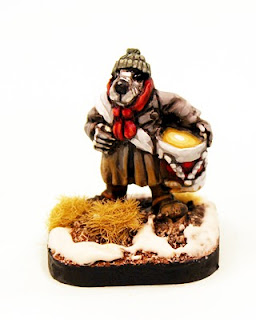 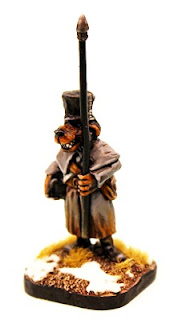 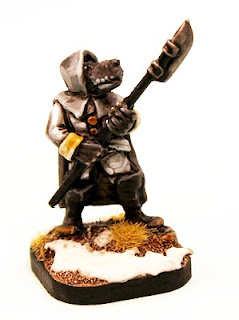 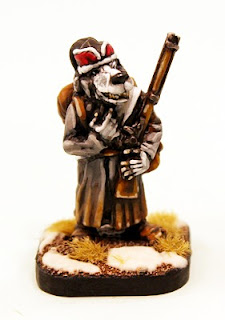 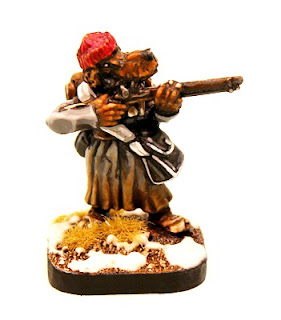 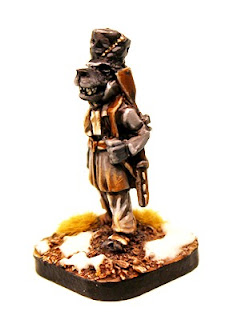 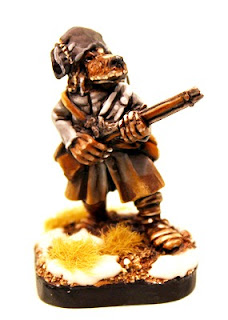 There will be a free Uniformation article as a PDF at the same time as the release of the miniatures.  It will contain some background (a paragraph of which you enjoyed at the top of this posting) along with rules and stats for game use and more.  The download link will be posted for this. 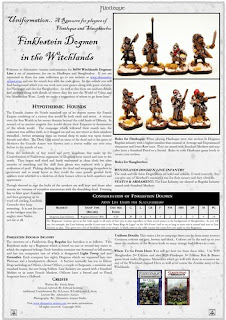