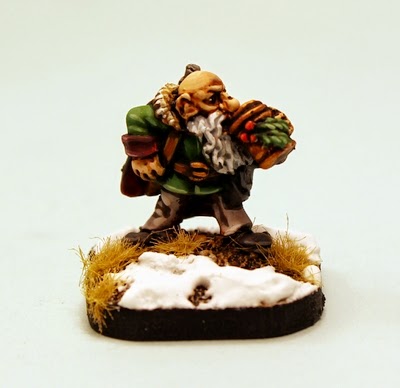 One such tale of misfortune and murderous intent is that of former master bier brewer Heinz Dermead.  Before the time of annulment Heinz was a young Dwarf with dreams of Troll hunting but those dreams came to nothing since Trolls vanished from the world to be replaced with Trolka and those big fellows were loyal to the same Emperor who commanded the troops of Heinz’s own city statte.  Another profession was needed for the young Dwarf and since combat with giants was no longer on the menu he decided upon that most vital to all Dwarves.  The art of brewing bier!

Travelling to Newenbeir for his training with the master brewers of the Turcher ale factories Heinz picked up the art of hops and wheat and of still and copper.  In a few years he was ready to head out in service of all of Finklestein in the role of a newly distilled master brewer in charge of a mobile brewery.  Every great city across central Urop has at least one place within it that assembles specialised wagons to accompany Dwarves into battle.  Its true that some Ogres and Dogmen also make use of the mobile breweries but it is to a Dwarf that they will turn to get their ale.

With his assistants and his serving girls following in a separate wagon Heinz Dermead sat in the front of his mobile brewery and grinned for all passers by to see.  He had his calling and he was going to assist the Dwarf kin in defeating those who would limit the lands of the bearded.  But it was not to be....

Along rutted tracks and passing trudging blue coated Dwarves the wagons sought out the frontier with Krautia and beyond that the city of Magabeir where the 36eme Legion de Nain was laying siege to the city.  It was to this Legion that Heinz had been assigned.  They did not arrive though since at a crossroads they ran into Burt Dewizier a disgraced brewer secretly in the service of Krautia. In the uniform of a Legion de Nain colonel this traitor stopped Heinz and  convinced him that he should turn the wagons over to him.  Keen to be seen to be reliable Heinz agreed and watched his dream roll away towards Magabier. It was two days before he realised he had been cheated.

Here we are in the festive part of the year once more and certainly the last twelve months passes with epic speed.  It only seems like yesterday when boxes of the Cryptmass Goblin House were zipping all across the world.  This season we have a brand new release for you all this month.  A superb single character miniature cast in white metal 28mm scale for use in Flintloque and Slaughterloo as well as many other game systems.  A Dwarf who knows the price of a pint and has a grudge to carry to....52014 Heinz Dermead. 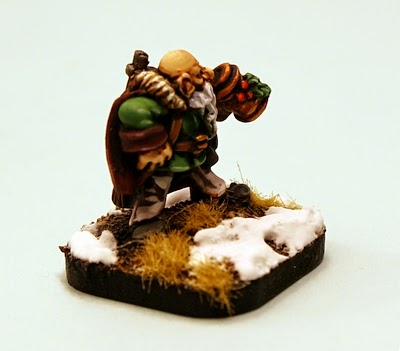 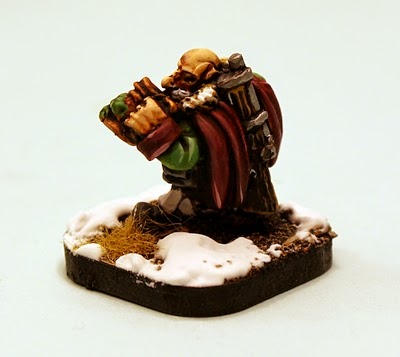 The brewer is on special offer for the next month or so.  That's right he is half price!  1.00GBP rather than 2.00GBP per miniature.  You can also get this miniature pro-painted at the same saving by using the drop down menu on the product page.  Go HERE.

We will soon be putting up the Flintloque and Slaughterloo statistics for this character so that you can use him officially in your games.  Heinz is a bonus for Finklestein and Von Rotte Dwarves as he in stills a feeling of euphoric self confidence in battle.  Frederick Von Ales certainly took a copper shine to him.