Welcome to the figure release for Flintloque and Slaughterloo for September 2016. It is a new light infantry unit set of Nepolise Todoroni now added to the Todoroni Army in the service of the tyrant Emperor Mordred.  These are mountain troops who are equipped to fight in the high heights but they have a bit of a problem...they like to drink too much wine!  To that end we present the drunken veteran Todoroni of the mountains and further more every order for them (single miniature or unit) will automatically get a free sprue of wine glasses (BS018 worth 1.20GBP) included until the end of the month!  Go HERE or read on. 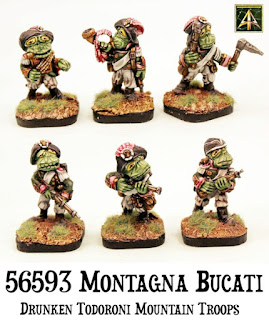 56593 Montagna Bucati
This code contains white metal 28mm scale miniatures in varying amounts depending on your choice of pack. Taken from six different poses. Drunken but talented Todoroni light infantry who are in the service of the Ferach Empire.  Dressed in light infantry Nepolise uniforms and carrying not only their weapons but also coils of rope to aid in climbing there is an officer chewing on a cigar with his hand on his sword hilt, a musician with bugle and a rifle, a sergeant lashing out with a mountaineering pick and holding a rifle.  Then three poses of Todoroni troopers the first staggering drunkenly with eyes half closed, the second firing his rifle and the third advancing with rifle.  They are armed with Standard Rifles as per the Flintloque rules.  This is a great skirmish set packed with character. 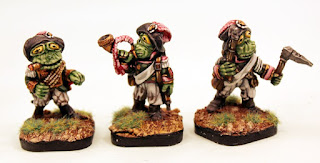 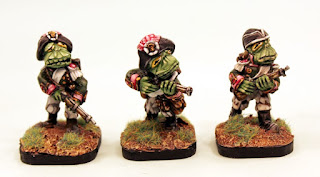 This set is available in several choices.  These are the Unit Pack (12 Miniatures) containing six different poses plus six additional random troopers and the booster which contains one random trooper with rifle.  These options can also be selected as Pro-Painted and Based all using the drop down menu on the product page.  These miniatures are supplied with 25mm square resin cartouche bases.  Manufactured in Scotland.  Go HERE. 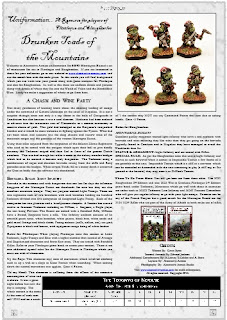 There are a huge number of free PDF files for Flintloque and Slaughterloo plus the rest of our game systems and while we can send you a list of them to choose from if you email us on enquiries@alternative-armies.com and ask today we present a brand new addition.  Now in our dropbox and can be downloaded by clicking HERE we present 'Uniformation Montagna Bucati' PDF which contains background and rules for Flintloque and for Slaughterloo plus more.  Enjoy!

Alternative Armies has Daily Deals and a Weekly Flintloque Deal too.  Each day we have a different code from anywhere across our vast ranges at a sizeable discount off list price and this changes every twenty four hours.  Every week we offer a different core Flintloque / Slaughterloo code at 25% off normal prices and this covers all options; pack, unit, single trooper, pro-painted as well.  Click on the links to see what is current! 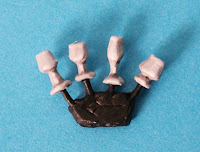 We hope you like this month's Flintloque release which was sculpted by Elton Waters and is packed with ruddy excellent little touches and a fine addition to any Ferach Armee.  Enjoy the free sprue of wine glasses!