Now released at Alternative Armies into the growing 28mm SHM Fantasy range is the Mountain Giant sculpted by Greg Saunders. Added to the Demonologist Set, the Vivaki Hunger Bird, the Vaspari Pit Demon and the Beastial Cyclopes this traditional celtic style giant is a fitting addition. Go HERE or read on for more information. 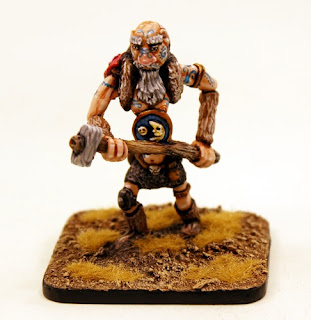 ‘Sometimes the wild Mountain Giants come down from the craggy peaks and wreak havoc on the land. No one is sure why, so folks thinks it’s a rite of passage, others simply that they get bored. Whatever the reason, you want to be far away when they do come. They aren’t clever but they can copy what civilised people do, and often fashion scraps of clothing, armour and weapons out of things they find. They may not be the largest of giants, a when something swings a tree-trunk topped with a lump of stone at you, you’d best get out of the way.’ 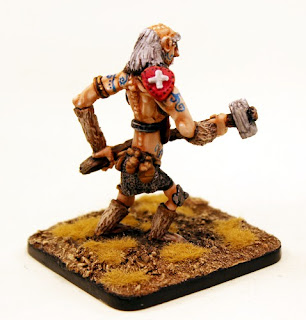 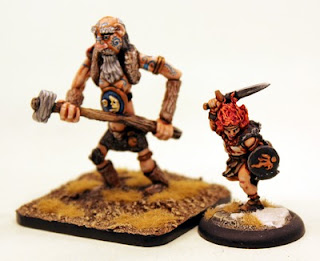 SHM92 Mountain Giant
Slow witted but very hard to stop this is a fine addition to your 28mm fantasy collection. This code contains one white metal single piece miniature. The giant stands about 45mm tall and is armed with a long two handed stone topped club. Suitable for use in 28mm scale and in 15mm scale if you wish too. This code is supplied unassembled and unpainted. Images show the miniature from different angles and also alongside a 28mm scale miniature (28mm tall). Pictured on a 50mm square base (not supplied). 6.00GBP. Go HERE.

Remember Alternative Armies has a huge classic range of 28mm fantasy miniatures including Dwarves, Undead, Orcs and Goblins, Monsters, Barbarians, Torture Chamber and of course the Ganesha Games fantasy line too. Click on the links to be taken to those pages.