You got a mighty champion upon a huge Wyvern with the release of VNT42 and we thought you might like the chance to have Lord Ruza on a different mount so it us our pleasure to present to you this character on an armoured horse.  Go HERE for this leader of your cavalry formations for a high fantasy army or read on for more details.  March to War (free shipping and gifts and offers) is on until 16th April 2018 and for details read HERE.  This is our final reveal release of the event! 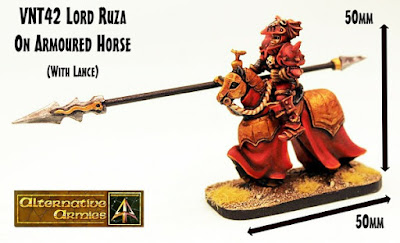 “When he came to the north lands we mocked his speech and his war garb.  He was nothing to us and he wore no hides or skins of beasts brought down by skill of arms in the cold wastes.  We tried to take his horse and his armour and we were made to pay for this insolence in blood.  Two score of us he killed without seeming to care or make an effort.  Perhaps Dagga had answered our prayers for a champion to lead to us to the south for pillage and soft women.  Perhaps our lord has simply wished for adventure.  Either way we now follow him and echo a name to the hills and valleys which will bring death to the those who resist us. Lord Ruza!” - Caltus Mac Drow. 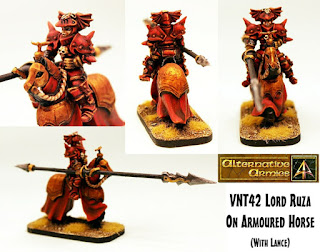 VNT42A Lord Ruza with Lance on Armoured Horse
Lord Ruza is a general of a fantasy world of evil forces. This 28mm high fantasy code contains one white metal rider in elaborate plate amour with separate arm plus lance tip, lance end plus vampire bat plume as well as resin armoured warhorse and a length of brass rod.  A great commander for your armies of Humans or Evil or Chaotic forces.  Suitable for any wargame system.  This code is supplied unassembled and without bases.  It is shown assembled and mounted on a 50mm long base.  Price 6.00GBP.  Go HERE. 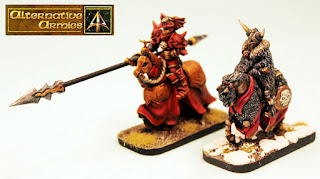 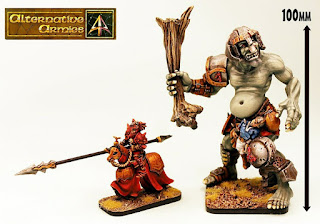 Above are some more images for you to see which show this pack alongside FL10 The Winter Knight and also OH31 Durzum Dwarf Killer our Giant Troll.  Another 28mm scale rider on horse and a monster which is 100mm tall. 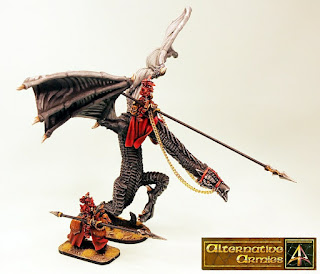 Lord Rusa is the same rider which is mounted atop the Wyvern Kildane (VNT42) which you can see HERE as a center piece for your army. 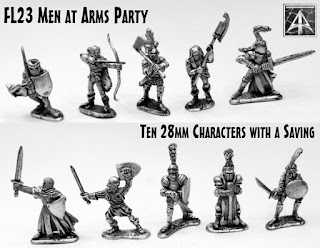 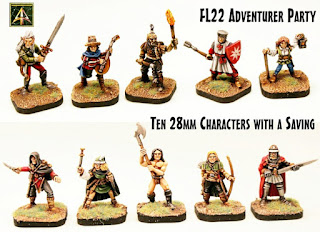 Alternative Armies has many other Human fantasy miniatures in our Adventurers and Wizards range and our Knights and Footsoldiers range for 28mm scale.  Have a look through for anything which catches your eye.  Excellent quality, choice and value.  There is a video review of FL22 on our blog which you can watch HERE on the Talking about Games channel.