Alternative Armies has many different game systems and foremost among the ones which I adore is Typhon.  Typhon is the game of Greek Mythology in a Heroic Scale in a time of Heroes and Gods.  A skirmish game using larger miniatures with a setting steeped in history. 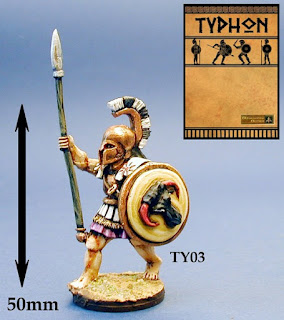 We have new molds of the Greek Hoplites and the Hades Shades and to celebrate we have a week long offer.  We have taken ten percent off the entire range including the book, the miniatures, the monsters and the game pack.

We are also automatically putting TY21 Hades Shade Hoplite (worth 5.00GBP and 48mm tall) into every order which contains a Typhon code.  Our treat!  This event ends midnight Sunday 26th August 2018.  Go HERE for the range or read on for more.

“With a grunt and a shake of his thick black hair that hung in ringlets about his shoulders, Aeschylus got to his feet. He had sat with his men for a whole night without moving for fear that the creature would hear them. Now that the sun had risen with a cool early glow in the sky it was time that he and his band of warriors donned their heavy armour and sallied forth into the face of danger.

They dressed in bundled cloth and the woollen tunics with which they had travelled. The wrapped burden of their bronze armour was carefully upon their shoulders and back. Having a sword at your side and with six other men at your flanks gave plenty of protection against the chance of violence in the streets of Argos and the wild beasts of the lands about Mount Pontinus, but it would not slay a true foe. Now some five miles from Argos were the sacred groves of plane trees that reached down to the clouded sea, and in this place so close to the world of the everyday dwelt a horrid monster.

While his Sacred Band readied them selves and stretched the dew from their muscled limbs, Aeschylus considered the fates of the day. He had travelled far from a small boy and a youth in the bustle of Corinth to the day when Poseidon had noticed him. As a javelin had whirred its way toward his heart Aeschylus had uttered a desperate plea to a God that he thought did not care. The javelin had faltered in a sudden and startling burst of rain and had missed him, from that day ten long years ago he had followed Poseidon and sworn to do damage to Hades wherever possible. Now, to steal the thunder of Zeus and his son; Aeschylus was in Lerna to kill the Hydra. With the help of Poseidon he was confident, was he, Aeschylus, not now a hero? Had not a youth from Sparta thrown himself at the feet of Aeschylus and begged to join his Sacred Band. That youth with only a bronze tipped spear and a shard of armour from a shattered greave tied to his arm was now entering a first combat, against a foe that might well kill them all. The youth brought Aeschylus his sacking wrapped armour, he took it and told the boy to pray and offer thanks to Poseidon for luck this day.

First from the sacking was the shield, given to Aeschylus by his father. At three feet in width it would protect him from all but the harshest blow, its wooden frame covered in burnished bronze that caught the sun. A round plate of metal with the head of Medusa carefully painted onto it, he had never been near a minion of the Gorgon never mind the Three Sisters themselves but even this image frightened some enemies. Raised to his left shoulder and held there by two straps on his wrist and forearm this Aegis shield would and had saved him already. Next came the helmet again in burnished bronze, in the Corinthian style with its long flanged plates to cover the bridge of the nose and the jaw. Aeschylus placed the helmet upon the top of his head, he would not lower it into place until the last seconds before the clash of blades, as he could neither hear nor see well with it fully in place. Greaves new from the metal smiths of Argos, with their fabric backings to keep the metal from Aeschylus’s shins, were taken from the sacking and snapped onto his legs, their weight not really felt. Then came the core of his expensive protection, the breast and back plate in hinged bronze with sculpted pectoral muscles, it was the prize he had fought hardest for. Lifting it over his head he clipped and tied it to his body and felt the weight of the bronze pushing down on him. Aeschylus longed for armour from Olympus, of the Gods, stronger and lighter than bronze; perhaps today he would earn it.

After a couple of intricately patterned rings were placed around his right wrist, he lifted the sword in its leather scabbard and looped it to his waist. This blade was iron and very sharp, it had cost much and would have to prove its worth also on this potentially bleakest of days. Now with the bronze tipped spear at his side the sacking was empty. It was folded and placed with all the baggage that would remain here as they went on. Aeschylus wondered if some other blessed stranger would find these piles of plunder and food and consider pledging themselves to the cause of a fickle immortal that looked on Men as mere amusements. Or then again that stranger might be sitting on the shores of the Saronic Sea near here on the coming weeks to hear from the chatter of woman the name of Aeschylus, the Hero that had felled the Hydra of Lerna.

The Hydra was waiting, waiting for victims to poison and consume. But this spawn of Typhon would rue when it clashed with Aeschylus, for he, unlike Hercules, had brought one Hoplite for each of its seven heads.” 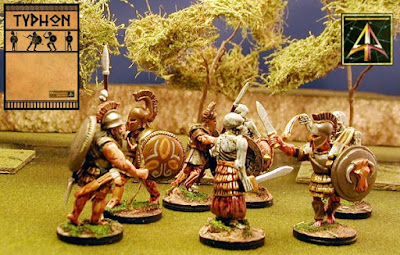 Typhon is a special tabletop wargame that uses elements of roleplay and the Myths and Legends of Ancient Greece to bring life to an exciting range of ‘Heroic Scale’ miniatures. We designed this game to be flexible and fun while still challenging. Alternative Armies wanted a game that could be anything from a single combat between two mighty Heroes, or one man against a Monster, to a large skirmish. Typhon is a game that you can play with as few or as many miniatures as you wish. 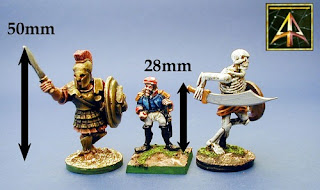 The core Rules of Typhon are inspired by the distinctive Rules Engine of ‘Erin’, Alternative Armies’ Game of Celtic Mythology in 28mm scale, though the Typhon miniatures are in a much larger ‘Heroic Scale’. This means that any player of Erin will be able to ‘pick up’ and play Typhon very quickly and new players will find a streamlined and adaptable set of Rules for gaming where the man counts for more than his weapons. 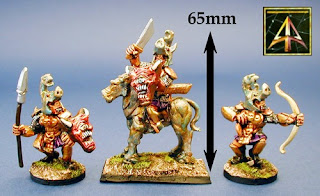 A game of Typhon can last from thirty minutes to three hours (for the largest linked adventure) depending on how many and how strong the characters are, so a game in an evening is easily possible. ‘Heroic Scale’ is the name we have given to the miniatures in Typhon, a scale large enough for each miniature to develop its own personality and appearance. This scale is 50mm. The miniatures are both Mortal and Shades (Undead) and can be personalised with anything from a different shield or weapon to more advanced modelling techniques.  Go HERE. 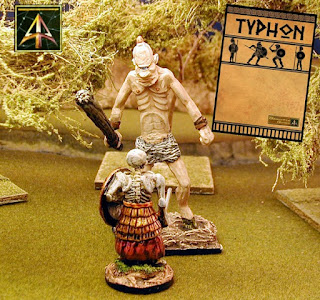 We have a folder of free files for Typhon which includes blank rosters, extra gods and powers, monsters and a full introduction to the game with many images and explaining the mechanics and how Heroes, Champions and Fighters act in play.  Download it from our website by clicking HERE.

If you have any questions about the game and its range we are happy to speak with you on our Facebook Group, our Yahoo Group or by email to sales@alternative-armies.com. 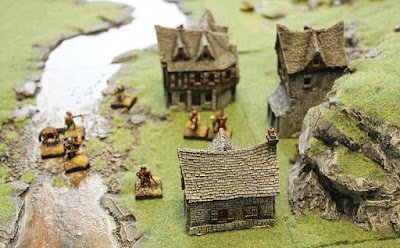 Also this week we have another offer running for the seven days on our 15mm scale range of buildings.  The HOB 15mm Fantasy Building range contains both Human and Orc buildings as singles and value sets too.  You can use them for fantasy or historical gaming in the case of the Human structures. There is 10% off every building this week.  Go HERE.

Lastly our other news for this week is all about a chance to win 40.00GBP of free products from us of your choice.  On Wednesday 22nd we will open a random draw event on our Alternative Armies Tabletop Gaming Group which every member of the group can enter.  If you are not a member then go along and ask to join and we will add you to the group. Look for the post with image above and follow the rules it states.  See you there!