Alternative Armies is delighted to bring to you a new expansion to the World of Valon.  Kitton!
See all articles for this range on our blog by clicking HERE. 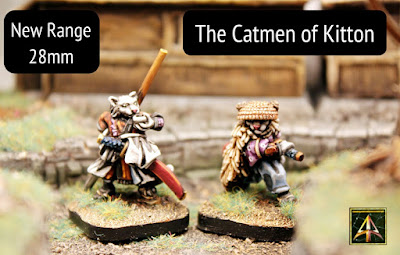 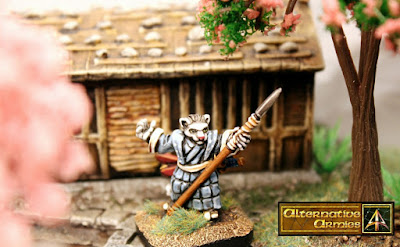 We introduce to you the latest expansion in the World of Valon.  It is rather different in flavour for though it occurs at the same time as the rest of the 4th Age of Valon it is distant to the Power Ring and science.  We begin with two packs of Kitoka Ronin.  Outcast former Samurai who are perfect core for your building band of characters.  Highly detailed metal 28mm scale miniatures depicting Japanese inspired Catmen sculpted by our lead designer Sam Croes.  From these two packs totalling eight miniatures we will be releasing more codes each month as we populate the islands of Kitton. Go HERE. These are the new miniatures! 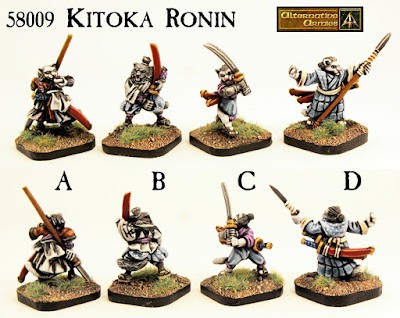 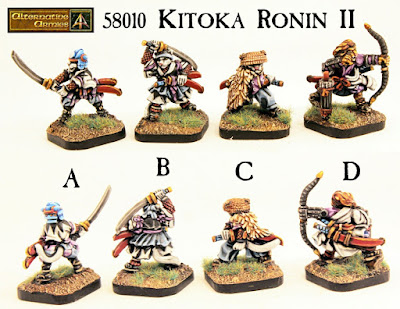 In much the same manner as Flintloque itself came into being we will be growing the Kitton range before we release a beginners set similar to 5024 Escape the Dark Czar.  It is our intent to get to the beginners set and then beyond it with soldiers, civilians, female miniatures and monsters too.  Skirmish gaming is the aim.  I know what you are thinking next...mass battle and yes we have factored in units to lead to a 5030 Slaughterloo level of play.  It is a long term project but much like our first Contender GNAT 15mm mech which is a first with more to follow and new game books such as Doom Squad with titles to come Alternative Armies is committed to tabletop gaming! 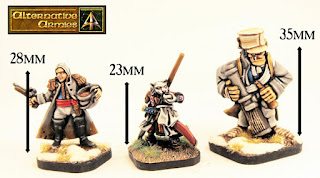 Kitton has its own new page on our website where all miniatures, articles, links and so forth will appear.  Visit it HERE.

Lastly as you may know Alternative Armies offers pro-painted and based miniatures ready to ship on our website. Our talented team of ladies here in Scotland add codes to their pages on the site weekly and right now they have limited stock of these two new Kitton packs just released. If you want your figures ready to use out of the box at a great price see HERE.

Thank you for reading and if you have questions please do ask us on sales@alternative-armies.com and we will be happy to help you.