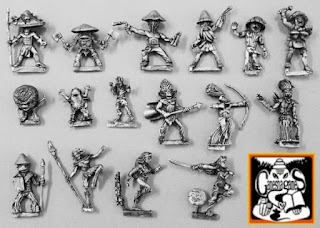 Back in September we announced our arrangement with Ganesha Games to fulfil backers orders on their 'Song of Blades Hammer and Forge' Kickstarter. You can read about that on our blog. As well as this project we are now geared up for direct and trade sales of the Fighting Fungi range of 28mm scale white metal miniatures. The first wave of releases from the range are now online on Ganesha Games new page on the Alternative Armies website. The miniatures are manufactured right here in Scotland and shipped worldwide so no worries about stock or availability. Go HERE. 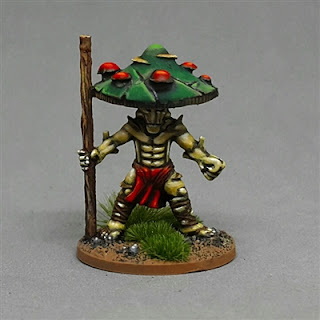 It is our intention to release the Fighting Fungi range in three waves with the first now out which contains Fungi, Enoki, Spores, Nymphs and Oaken for a total of sixteen different miniatures. All the miniatures are online as singles and there is a value pack too containing one of each in this wave. We offer 15% off the value pack and until we release the next wave all the singles are 10% off too! Go HERE. 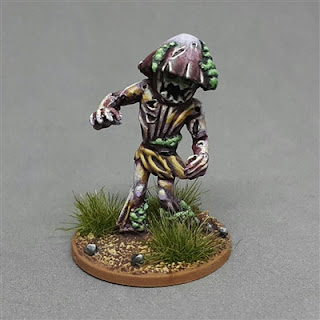 Below is a list of the codes released and if you wish to visit the Ganesha Games website for resources you can do that HERE. 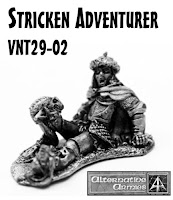 Finally remember that our VNT Undead and Monsters high fantasy 28mm range is now released with sixty five infantry miniatures, an artillery piece, a chariot, a flying wraith, ogres, trolls, demonic tree, grizzly owls and a fantastic Splendorous Djinn too! A lot to choose from covering monsters, skeletons, zombies, vampires, wraiths, lizardmen and more types. We also have some great select offers for you on the VNT range. These are valid until Valentines Day 14th February. Go HERE. Every order placed with us that contains one or more fantasy miniature of any kind (including Ganesha Games) will automatically get a free VNT29-02 Stricken Adventurer worth 2.00GBP in their package.

Its a great time to be a fantasy wargamer!