The first returned classic of the Fantasy Monster range by Asgard in the 1980's is now on its new range page of the website.  Alongside the Asgard Barbarians and the collectors sets such as the Orc Rock Band and the Orc Family Outing we will be putting everything in the 25mm or 28mm scale returned Tabletop Games and Asgard ranges HERE.  This is our sole fantasy release in this scale in January 2022.  We present to you the Owl Bear! 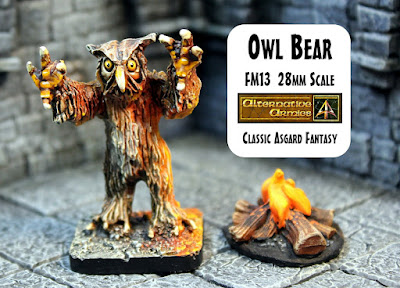 FM13 Owl Bear: This creature is a single piece remastered metal miniature which is 40mm tall from sole of foot to the top of its head.  A great many uses and a real classic monster.  Supplied unpainted and without a base. 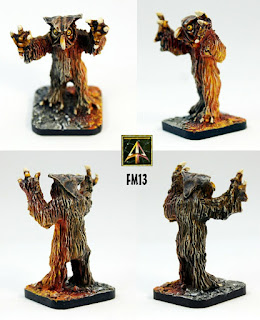 Painted in our studio you can see it above next to our campfire from the 28mm Terrain Range which has a great many items of use on the battlefield such as barricades and abandoned wagons plus tents and more. 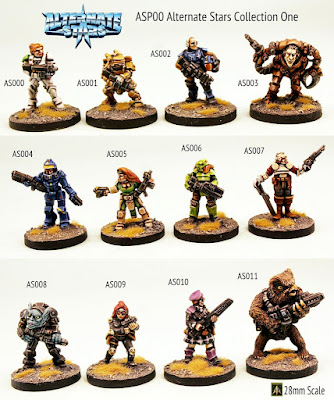 While we have other bear like Owls (VNT8 Grizzy Owls) in our High Fantasy range it is in our Alternate Stars 28mm science fiction range where you will find AS011 Uhul Warrior with Laser Cannon which is our most recent take on the creature.