Back at the start of the month we told you in the news announcement that four books out of print would have new print runs made here in Scotland and be returned to the website. 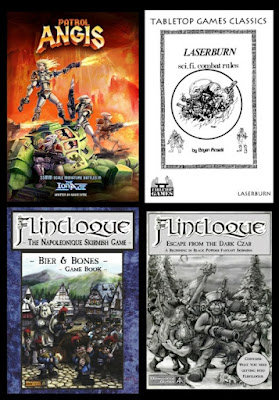 This has now happened and you can find all of our books on the WEBSITE in one page or their own ranges plus DIGITAL PAID DOWNLOADS of many of these titles on their own page too. 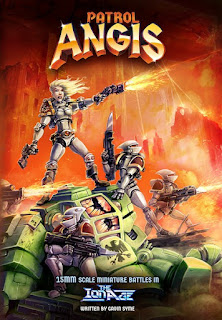 Patrol Angis the core book in its series is back in print and it gives you skirmish rules for The Ion Age.  Get it in print or as a digital title as well as its sequels Callsign Taranis and The Khanate Return HERE on the website.  There is also a game pack which comes with the book plus miniatures and a free extra unique Knight Errant miniature and free bases too.  See the 15mm Ion Age range for all the miniatures and you can play it with the 28mm Ion Age miniatures too. 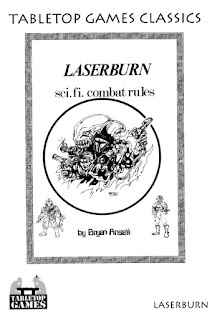 The classic Laserburn 15mm scale science fiction skirmish rules are back in print.  See them as well as two other titles for the game and the miniatures range on the website. 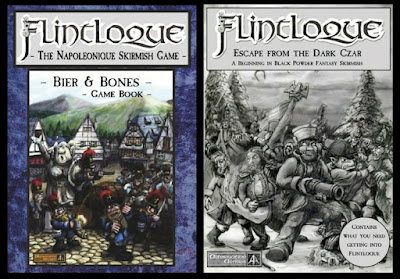 Escape the Dark Czar the beginners introduction to Flintloque is back in print.  As part of the ten miniature game pack or on its own you get core rules plus characters and scenarios to set you off on Valon in the frozen hell of the retreat from Moskova.  Go to the Begin in Flintloque page for this and free content and suitable miniatures.

The forth game book in the Flintloque series is back in print.  Bier and Bones covers the central Urop theatre of the Mordredian Wars.  The battles between the Ferach Empire and the Ostarian Empire as well as Krautia and the petty stattes of the Confederation of Finklestein.  Get it in print and as a digital download as well as a shilling starter pack with miniatures.  The current Bier Wars project to create the entire army of the Legion de Nain is set in this title.