5002 Deadloque miniatures return for Flintloque and the 1998 book too

Last month ago we re-released remastered 55003 Graviski Zombie Infantry and told Flintloque fans that the classic and asked for 5002 Deadloque miniatures set would return to the website.  Alternative Armies is committed not only to the continued expansion of Flintloque but also the return of original codes out of production for many years. 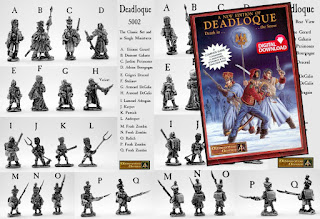 Well this promise is now here and also the original 1998 Deadloque book is also now online as a very affordable paid for download.  Excellent!  This is our World of Valon news for the month of March 2022 and if you asked to be told of this news then a message has been sent to you too. 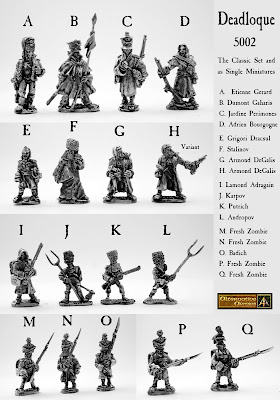 Gerard and his Elves have been separated from the main body of the retreating 1er Armee du Norde and now find themselves battling for their lives against a group of Undead led by the ruthless Vampyre Officer Grigori Dracsul.  Dracsul has sworn to kill Gerard and his Elves.  The Vampyre and his minions search the tundra of the Witchlands in an effort to find them.  The original sixteen miniatures plus an alternate pose of Armond DeGalis with pistol drawn making seventeen miniatures.  A set with saving or any of them as single miniatures.  Go HERE. 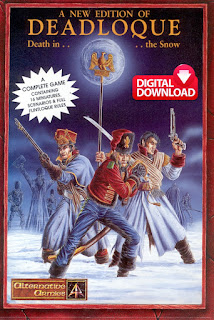 The Sword of Shivalia must be possessed by the Emperor Mordred and so the greatest army ever seen enters the Witchlands. Within the walls of Moskova the trap is sprung and the Emperor barely escapes with his life.  Meanwhile hordes of Zombies and Skeletons fall upon the Grande Armee du Norde and the retreat from Moskova begins.  Can Colonel Etienne Gerard and his band of soldiers make it home alive?  Will the Vampyre officer Grigori Drascul and his rotten troops overseen by Stalinov the Liche stop them?  This is Deadloque...

The expanded Deadloque (written by Mike Roberts) was the current edition of game rules for Flintloque from 1998 to 2002 when Flintloque Reloaded was released.  While we no longer support this edition it is still perfectly playable and ALL your miniatures will work within it including those in 5024 Escape the Dark Czar.  In its pages you will find the Background to the Witchlands Campaign, the Elf Characters, the Undead Characters, Terms & Definitions, Three Scenarios, Flintloque Rules, Elf Summary Sheet, Undead Summary Sheet, Rules and Weapons Tables plus Roster Sheet and Record Sheet.  Go HERE. 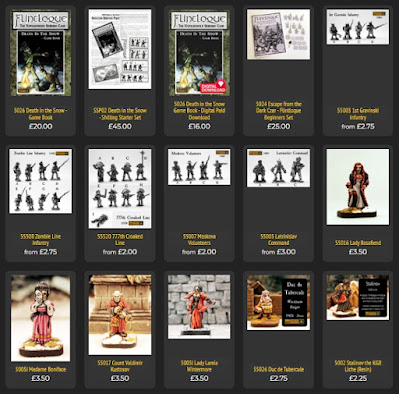 The Army of the Dark Czar contains more than sixty codes of Vampyres, Zombies, Skeletons, Wraiths, Ghouls as well as cavalry and artillery all in 28mm scale as foes for your Ferach Empire troops.  Every pack offers typical purchase as well as full units with a saving and single trooper option or more.  You can also get the 5024 Escape the Dark Czar beginners set as well as 5027 Death in the Snow game book which is the inheritor of Deadloque.   Go HERE.

In the future we shall be publishing a free article which will give full game statistics for Flintloque 3rd edition for the Deadloque characters so that you may field them alongside, say, General Saindoux and his survivors.  Now there would be something!

Thank you for reading,