The Fir Bolg have, as promised, now reached the size of a full faction in the Erin range with the release of two personality miniatures which complete 'CM27' and a value warband with ten miniatures in it has appeared too.  See the entire range HERE or read on for more information. 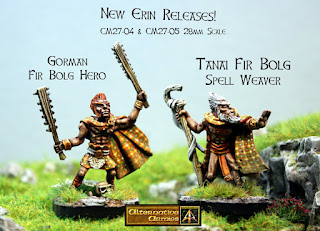 There are now 91 different miniatures in this unique range which was re-released at the start of this year and the Fir Bolg are no longer lacking in named heroes, magic users, missile weapon as well as war horn and war banner.  CM27-04 Gorman Fir Bolg Hero will lead your warriors and CM27-05 Tanai Spell Weaver will invoke the favours of the gods to aid them. 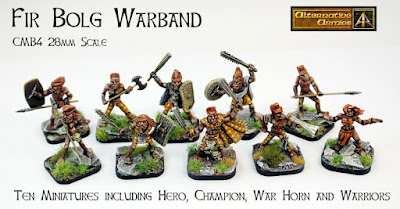 Saving ten percent (meaning essentially one miniature free) on screen there is the new CMB04 Fir Bolg Warband of ten miniatures (Hero, Champion, Warriors) which gets you a fighting force in a single set.  This forth warband joins the others for the Sidhe, Fomorians and Milesians. 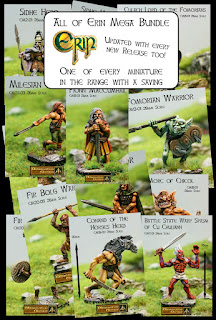 If you are new to the Erin range then consider the CMM00 All of Erin Bundle which contains one of every miniature in the range with a built in 5% saving too.  This saving is on top of any discount code automatically or manually entered at checkout.  All 91 miniatures are in the bundle. 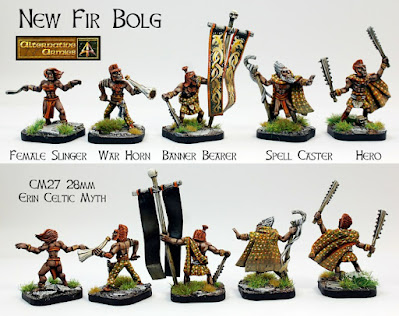 Five new Fir Bolg this year including the first female of this race as well as first missile weapon armed one and musician, banner bearer, hero and magic user; all in the code CM27.  It is our intention to keep on expanding the Erin range giving every faction such characters and types as time passes. 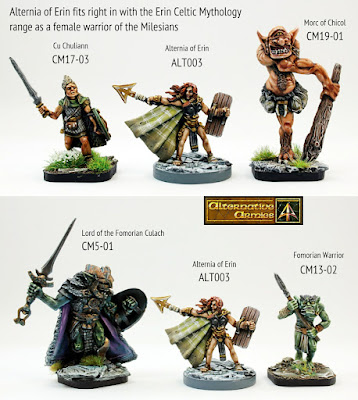 Until 1st April 2022 you automatically get ALT003 Alternia of Erin (our company mascot in her Celtic Myth outfit) in your package and she fits right in with Milesians in your collection.  See the Alternia Mascot collection on the website and also the useful VNT46-06 Skull Heap which is fantastic on your gaming table too. 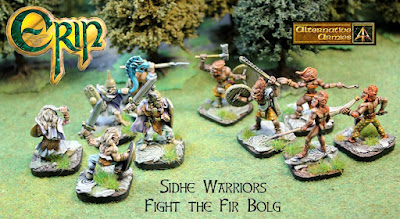 While Erin 3rd edition is a long way off the range is expanding in a direction to fit it once it arrives.  For now check out the Erin 2nd edition (2005) as a digital download if you want to get playing.