Its fantasy bird style for today's news as there are now just over two hundred poses in this unique 15mm miniature range at Alternative Armies.  Go HERE. 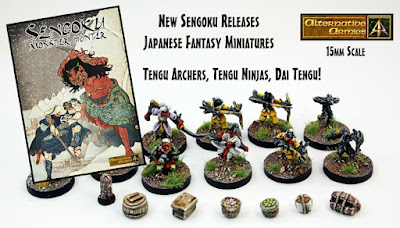 Almost entirely sculpted by the talented John Bell these latest releases mean massive choice as every miniature is a single pose, a value pack and now ten sets which between them contain every pose in the range for an easy beginning. 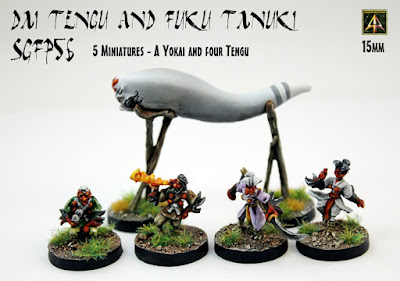 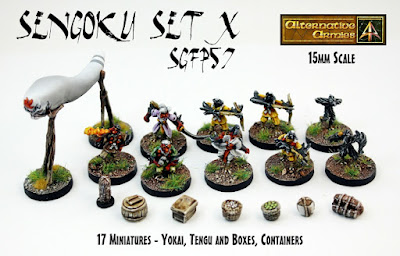 As well as the Tengu there is the Set Ten saver pack as well which includes the new poses plus the oddity of the Fuku Tanuki as well Japanese Boxes and Containers. 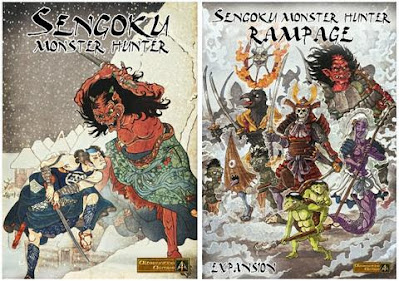 If you fancy tracking down yokai, creatures, bandits and others as a skilled warrior then look no further than Steve Danes rule set Sengoku Monster Hunter. A Tabletop Game. A game for one to four players set in medieval Japan where monsters and creatures of myth roam the jagged crags and hidden valleys of the Sacred Mountain. It is from the Sengoku setting and has merciless hunters who track down the monsters and slaughter them at every opportunity. Two different books both in print and as digital downloads as well.   The second book 'Rampage' adds many more options to play.