The thirteenth pack in the expanding 28mm fantasy Kitton range is here and gives low level command to the Catfolk.  There are now more than forty poses in the range covering Ashigaru with many weapons, Samurai, Ronin all with various weapons as well as Villagers and a Dragon. Go HERE. 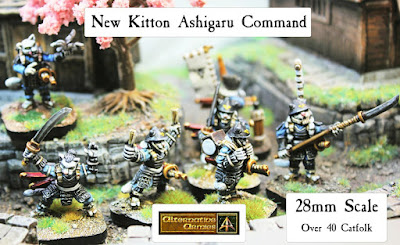 Part of the wider Flintloque setting of the World of Valon the Kitoka are on track to get their own setting and core rules during 2022 as projects have now resumed with USEME micro titles.  We hope to show some artwork during this summer. 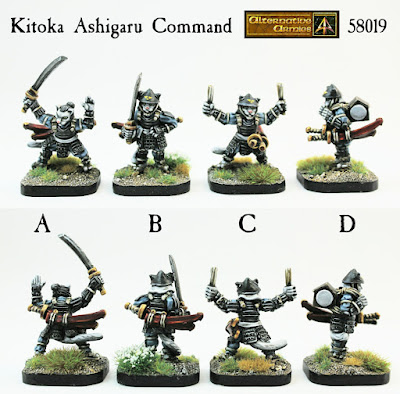 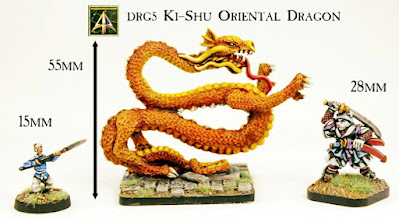 DRG5 Ki-Shu Oriental Dragon: Creatures of guardianship and friendship as much as destruction the oriental dragon is a potent symbol and a great model to use in your games. This monster comes in three parts (body, left arm and right arm) made of metal and is easy to assemble. It stands 55mm tall and was recently re-mastered from the original dawn of the 90's sculpt by Steve Trickett.

Thank you for your Time,