“No one told me that those damn Goblins had artillery! My men took this contract with your king on the understanding they would be fighting a bunch of stick waving savages. This is the Iron Guard! Bring me my horse squire. This campaign is over!” 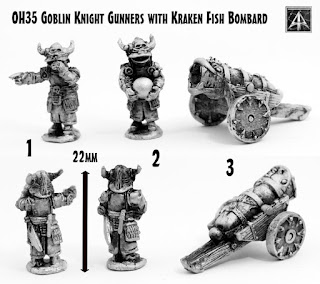 The expansion of our Goblin Knights continues with the release of a new pack of armoured gunners and a new artillery piece. Back in 2018 and earlier this year we spoke about and then began the new releases (see our blog on this TAG to read all the articles and see the pictures including the painted collection of Benamon Tame) in our 28mm Orcs and Goblins range. There are more than thirty packs (all can be had as single miniatures too) in the range now including other Armoured Goblins plus a Giant Troll as well as artillery pieces, chariots and many Orcs. Go HERE or read on for more.

The new gunners were created by Zach Martin while our own Sam Croes worked up the bombard. These go perfectly with the open handed Goblin Knights with a choice of weapons. You can get the bombard on its own and it fits right in with any Goblinoid or evil orientated army.

OH35 Goblin Knight Gunners with Kraken Fish Bombard
This code contains two different 28mm scale white metal miniatures approx 22mm in height plus a three part bombard artillery piece decorated with iron banding and the face of a mighty extinct fish. Select your choice from the drop down menu on the website. Poses in this code are as follows:

These miniatures are not supplied with bases and are supplied unpainted. Choose from a pack, three packs with a 10% saving applied and single miniatures. Assembly is required with some miniatures. Go HERE. 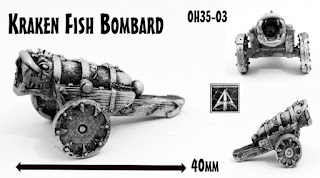 OH35-03 Kraken Fish Bombard
This code contains one 28mm scale white metal artillery piece kit. Composed of three pieces the bombard is decorated with iron banding and the face of a mighty extinct fish. Great for use in any evil orientated or barbaric army. When built it is 40mm from barrel end to tail. This model is supplied unpainted and unassembled without a base. Choose from a pack or three packs with a 10% saving in the options menu on the website. Go HERE. 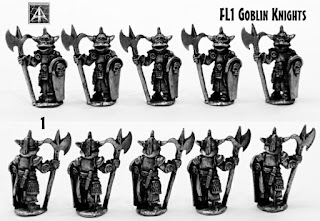 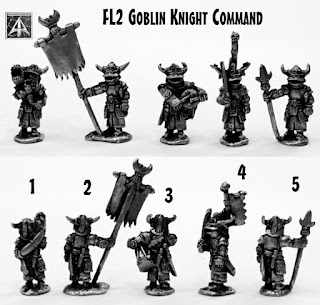 The gunners go great with the FL1 and FL2 packs of Armoured Goblins to create infantry units and that is not all... 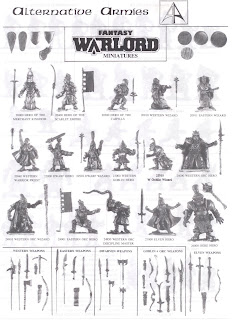 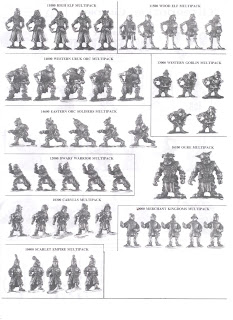 Alternative Armies has a huge choice in 28mm fantasy miniatures and we also have the classic Fantasy Warlord range as well. Have a browse and see what these miniatures can bring to your tabletop.