The new fantasy Catmen of Kitton expands this time with two new packs added to the existing eight poses.  We introduce the first four Ashigaru and first four Samurai! 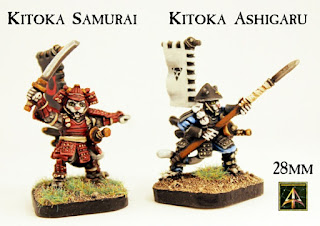 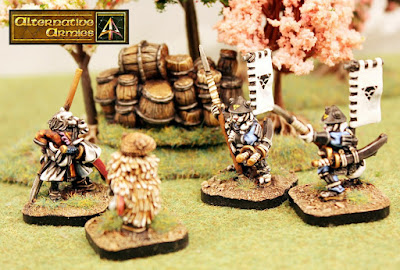 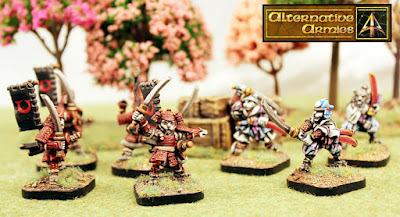 If you missed the news last month when this new expansion to the World of Valon began then please read the article in full on our BLOG. Kitton has its own page on our website where all miniatures, articles, links and so forth will appear.  Visit it HERE. 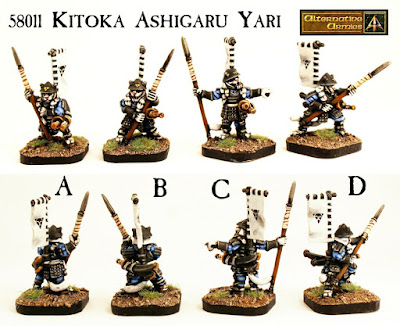 58011 Kitoka Ashigaru Yari
This pack contains four different 28mm scale metal Kitoka Catmen miniatures of an average height of 23mm.  The Ashigaru are the foot soldiers of the warlords of Kitton and are armoured while carrying a spear called a Yari. Each is supplied with a separate sword bundle.  They are soldiers for your forces.  Choose from a pack or single poses. 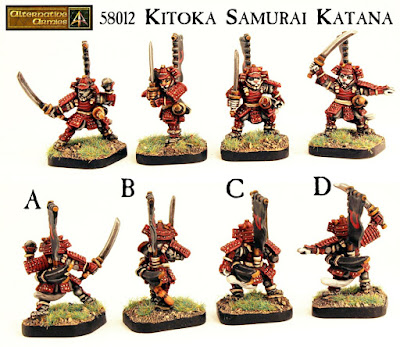 58012 Kitoka Samurai Katana
This pack contains four different 28mm scale metal Kitoka Catmen miniatures of an average height of 23mm.  These Samurai are the life long warriors of Kitton who command respect from all around them.  They are heavily armoured and each is supplied with a separate sword bundle and separate back banner.  These are superior soldiers for your forces.  Choose from a pack or single poses. 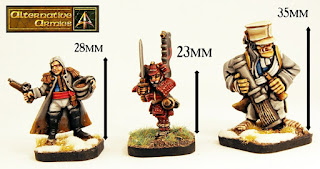 The Kitton Range will expand again in November and we would like to thank everyone for their kind words and for their custom for this new venture.