HOT35 Giant Hydra is back and on offer

Among our new releases in our ranges Alternative Armies is also constantly re-molding existing models and bringing in print runs of existing titles.  Typically we do not tell you all about this as it is ongoing.  But every now and again a code will also be re-mastered (meaning its design is tweaked or tightened for easier casting or production) and it gets a new paint scheme or other improvement.  These we like to share and we put an offer on them too passing the saving on to wargamers.  This time it is the favourite HOT35 Giant Hydra in the HOT 15mm Fantasy range. 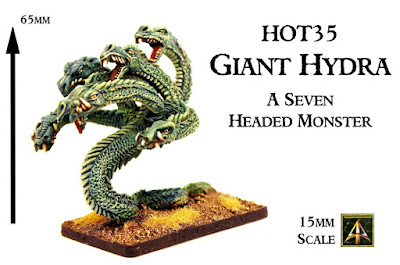 Seven headed serpentine behemoth that terrorised Lerna in the ancient days of Greek Heroes. Evil to the core and great for challenging your 15mm heroes or as part of an army. This pack contains one 15mm scale monster kit cast in high quality metal. Assembled from three pieces and standing 65mm tall the Hydra is a monster to be proud of in your collection.  Easy to assemble. One of our most popular codes it has now been re-mastered and re-molded.  Supplied unpainted and unassembled.  Go HERE. 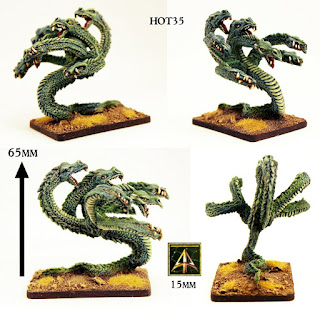 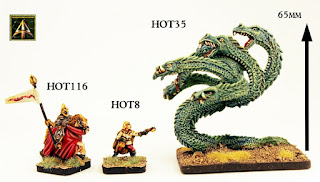 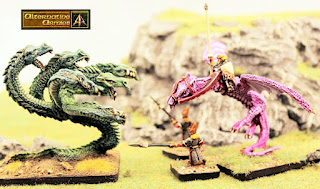 Some scale pictures and views for you to enjoy.  The Hydra is one of more than two dozen monsters in the range and it is among the largest of the miniatures in the HOT Range too.