It is the season of the witch (love me some Donovan) and at Alternative Armies we have a brand new release to begin the month and its free automatically in every order placed on our website for the entire month.  The Witch Carline can also be purchased as normal.  All you need to do is place an order which requires physical shipping, not paid downloads (you can of course order this new miniature and you will still get a free casting of it too!). 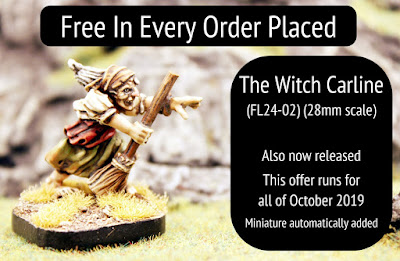 Alternative Armies has many other new releases in October in 6mm scale and 15mm scale and 28mm scale.  But we will come to those as they arrive and today its broomstick time with a miniature great for many settings and a new month long offer as well. 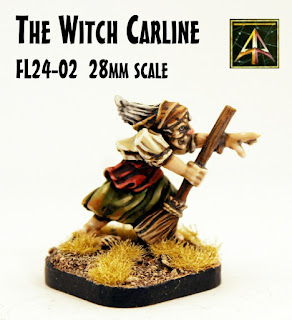 FL24-02 The Witch Carline
She is old..very old.  No man now born knows just how old the Witch Carline is nor the limits of her power.  It is well they do not know for Carline was once known by another name 'Cailleach' from the ancient Celtic times of myth.  This hag was given her name by the Scots she terrorised and now in winter months children fear her and women keep a clean front step to avoid the ruination of her magic broom.  Great for any game system. This 28mm scale metal miniature (23mm tall) is supplied unpainted and without a base (pictured on a 25mm square resin base). Go HERE. 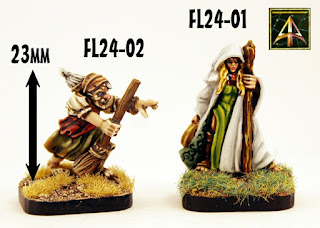 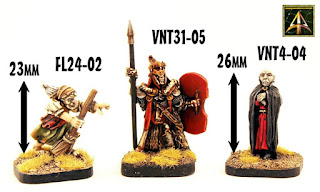 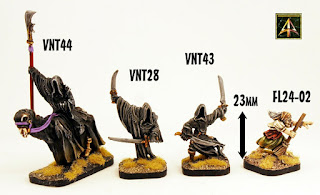 Here are some pictures of the new Witch alongside those who you might find in battle alongside her..forces of darkness and light.  Her sister in code the FL24-01 Midsummer Druidess is a mortal enemy.  The VNT31-05 Liche Lord would be her master and a great Nosferatu style Vampire from VNT4.  Are arachnids servants or simply beasts?  EH05 Giant Spider or EH06 Spider Swarm go well with the forces of night.  Our 28mm fantasy Wraiths are perfect companions to this Scottish Witch both on foot and mounted in packs such as VNT28 and VNT44.

During October 2019 for the whole month our range wide offer of 15% off every code is on the Jacobite 1745 Rebellion range in 28mm scale.  These go great with the Witch Carline and feature such notables as Bonnie Prince Charlie and Flora as well as a a piper, dancers plus sword, musket and pike troops.  As singles and a value pack with extra saving for one of each of the fifteen poses.  There are also twenty man units for battle level games.  Ends 1st November. 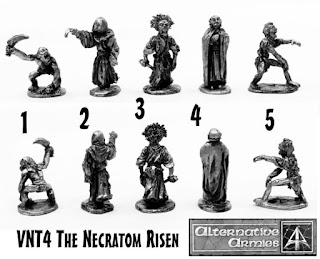 Lastly we have just re-molded a classic 'Various Nasty Things' pack VNT4 The Necratom Risen which goes great with the Witch Carline and also with the Jacobite Rebellion range for some fantasy or eighteen century adventures.  Five different Undead characters in 28mm scale.