Designed by Voxite Industries, the Pilgrim heavy tank is built throughout the Vox Sphere as a garrison tank. Numerous Vox factions either licences the design for production on-world or purchase the vehicle from one of many Voxite plants. 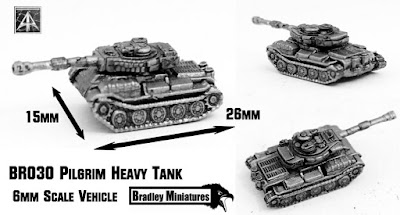 BR030 Pilgrim Heavy Tank
A core slugger for your forces the Pilgrim brings the pain as a main battle tanks.  A 6mm scale metal vehicle kit which comes in a pack of four or can be selected as a single vehicle too.  Each vehicle is composed of a hull with a separate turret.  Easy to assemble and 26mm long and 15mm wide.  Supplied unassembled.  Go HERE. 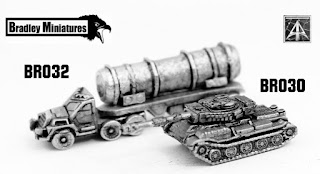 No matter which game system you play in 6mm you will find something of interest in the Bradley Miniatures range.  Here is the current list of codes each of which comes as a single model or in a pack from which you can select a single if you wish to tailor your army to exact numbers. 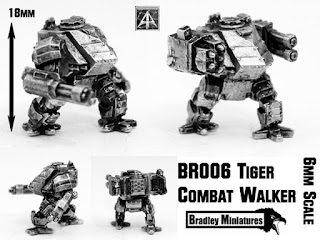 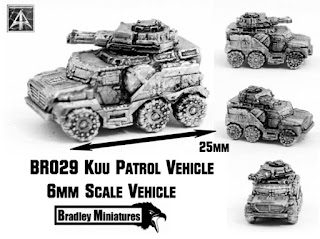