“Few Armies command monsters to be their cavalry mounts but the Savage Lizardmen do just that.  The Iguanosaur was perhaps not meant to have ever been but it is and thus we must deal with it. Terrifying in its own right even without a rider!” 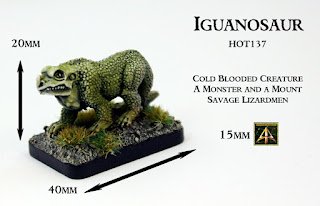 Our new release in the HOT 15mm Fantasy Range for this month is a fantastical creature.  The Iguanosaur is the cavalry mount of the Savage Lizardmen (these packs of cavalry will be coming later on in the army) and it is a monster in its own right too. 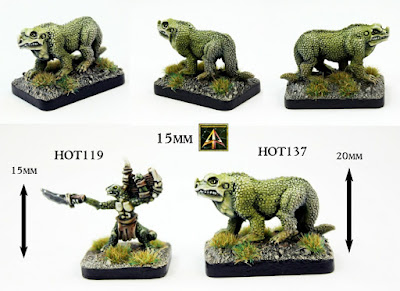 HOT137 Iguanosaur: This code contains four identical resin miniatures.  A monster and cavalry mount which will take most 15mm scale riders this cold blooded creature is great in any setting. Choose from a pack or a sampler option of a single miniature. The miniature is supplied in one piece and is 20mm tall. Supplied unpainted and without a base shown on a 20mm by 40mm rectangle base.  Go HERE. 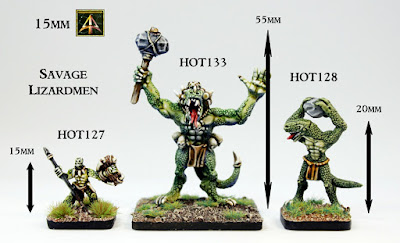 The Savage Lizardmen army is growing with every release.  We now have warriors, spears, polearms as well as a Behemoth, Lizard Ogres and Artillery.  More to come..be assured.