Now restored and on the Alternative Armies website three more classic miniatures by Tabletop Games and Asgard.  As we continue to restore the 1980's 25mm to 28mm scale metal figures these follow up on the Large Sadistic Demons and the Szithks Warbirds, the Gorgory and Orts. 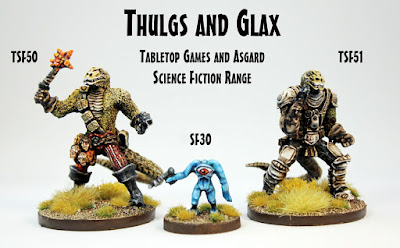 This time it is two Thulgs giant reptilian aliens and the One Eyed Glax a strange creature indeed.  See what is in this combined range HERE on the website. 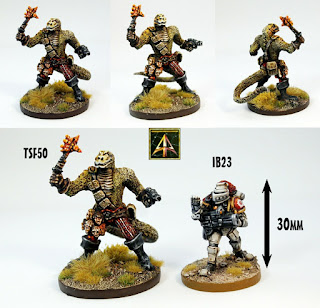 TSF50 Thulg bounty Hunter with heavy gyro bolt pistol and power mace.  Standing 50mm tall this large reptilian alien is by Tabletop Games and comes from the Laserburn range; a larger incarnation of the 15mm scale Thulg.  Great for any system. 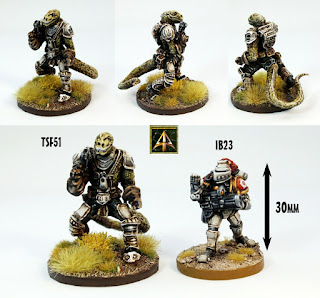 TSF51 Thulg bounty hunter in partial light armour and gyro pistol. Standing 50mm tall this large reptilian alien is by Tabletop Games and comes from the Laserburn range; a larger incarnation of the 15mm scale Thulg.  Great for any system. 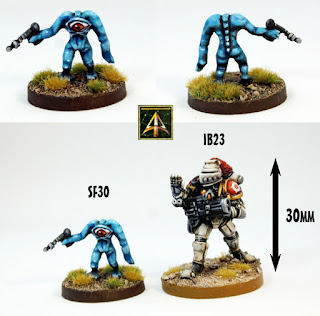 SF30 One Eyed Glax.  A strange alien creature armed with a laser pistol.  Standing 22mm tall to the top of its body this miniature from Asgard and is great in any game system. 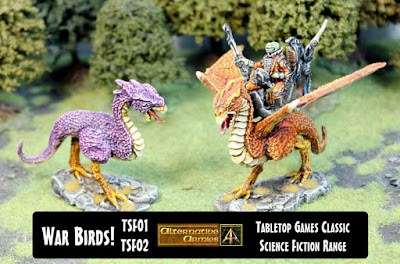 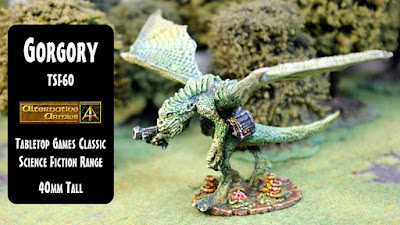 Some of the finest miniatures from the 1980's decade, in our opinion, the Warbirds and Gorgory are right at home on any gaming table. These were a pleasure to restore to the world and we will continue with further returned classics across this year.