It is with great delight that we present our final new release for the year in the Altuos Renaissance Range.  Joining Leonardo Da Vinci, Cesare Borgia and Niccolo Machiavelli in our 15mm personalities is the most famous commander of Landsknechts often called their 'father' Georg Von Frunsberg.  Go HERE for the range of infantry, cavalry, artillery, buildings, tents, scenics and of course the Furioso rule system too. 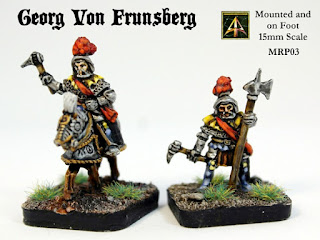 From the late 15th century to the dawn of the 17th century including the Italian Wars and the English Civil War plus the Ottoman Empire. 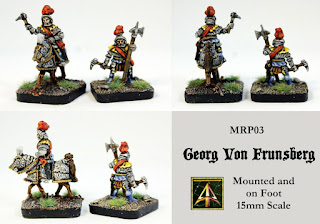 MRP03 Georg Von Frunsberg: his pack contains three 15mm scale metal miniatures.  On Foot and Rider on Horse. The famous commander of the Landsknecht in the service of the Holy Roman Empire and Imperial House of Habsburg.  An ideal leader for your blocks of pike and arrays of dopplesoldners too. 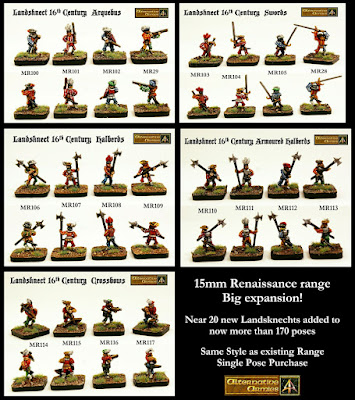 Over the last two years the poses of Landsknecht in the range has gone from four to a mighty forty six including Sword, Halberd, Crossbow and Pike in both armoured and unarmoured.  This includes Cavalry as well plus armoured and unarmoured command sets.  There is also MRH20 Barded Armoured Horse and two new artillery pieces.  MRX24 Handbushen with gunners or on its own and the MRX23 Organ Gun joining the cannons in the range.

Add interest to your gaming table with our HOB 15mm Buildings.  While they can be used in fantasy wargaming they are quirky stone structures ideal for Renaissance Europe as well.  Five different buildings and a value pack of all five with a saving.  See the hovels and houses in the range codes HOB1 to HOB5. 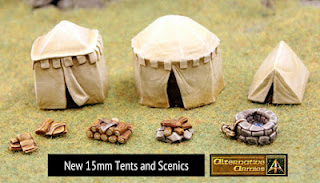 The troops have encampments and we have you under canvas for that.  See the range for different tents as well as a campfire and log pile type scenic pieces.  Codes are MRS1 to MRS7.

There are some two hundred poses in the range depicting the men who fought in the wars of the period.  Added to these are several personalities of history to give your army a stamp of authority.  We also have the 'imagi-nations' brought to reality of HOT101 Da Vinci Tank if you want to use the expansion to Furioso; the Italian Wars which contain rules for its use. 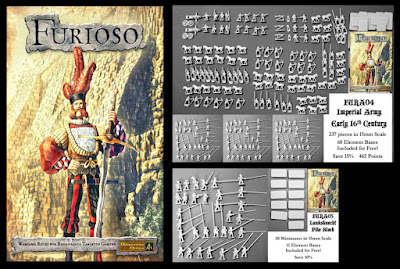 Written by Steve Danes the Furioso rules system in print and as digital download allows you to fight battles in the period.  Supported by packs of element bases and pre-made (with free bases included) army packs for the game which you can find in the range.  They offer a saving over single purchase too. 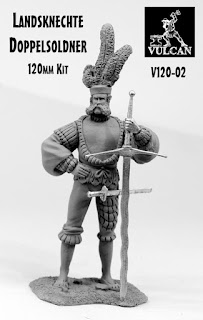 Lastly for those wishing a larger scale to paint or to display upon their mantle we have the V120-02 Landsknecht Dopplesoldner in 120mm scale resin and metal kit.  This figurine was the inspiration for the cover art of Furioso.