The first new miniature in the Erin range in more than a decade is here.  The first of many which will come in 2022 but is the last 28mm miniature of 2021.  We present Streng the mightiest hero of the Fir Bolg a character to lead your Fir Bolg warriors into battle against Formorians, Sidhe or even the more mortal Milesians.  Eighty six miniatures now in the range HERE. 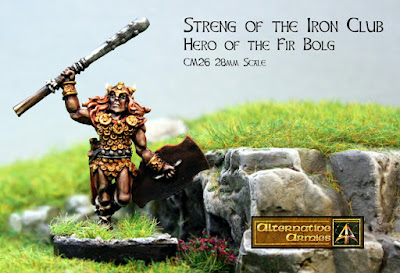 There are now eleven Fir Bolg miniatures with the other ten being warriors.  We aim to expand the people of the bag to a full faction with a value warband such as that we have for the other races. 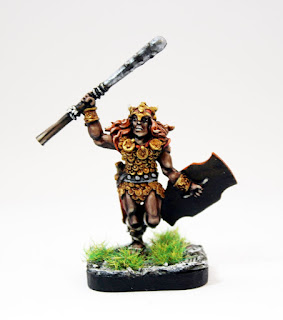 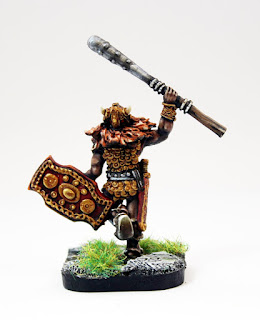 CM26 Streng of the Iron Club: Streng greatest hero of the the Fir Bolg or 'Men of Bolg'. Armed with an iron club he faced the hero Nuada in the first epic Battle of Moy Tura and with one great blow he cut off half his shield and severed Nuada's arm at the shoulder. Although nearing defeat, Streng and the three hundred surviving Fir Bolg vowed to fight to the last man. Their enemies however considered them so noble that they offered them one fifth of Erin to cease the battle. The Fir Bolg agreed and stood down from the conflict. 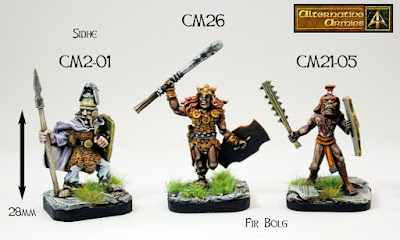 A single Erin metal miniature supplied unpainted, unassembled (if required) and without a base.  This miniature is taller than other Fir Bolg and stands 30mm tall. 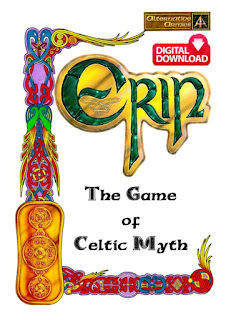 By customer request we present for the first time as a paid digital download the 2005 game book for Erin Celtic Mythology.  This book has been out of print for several years and will not return in print as we are working towards a third edition.  This edition is far, far off and thus this title is offered at a much greater reduction as a download to tide you by until then.  See it in the Erin Range or among the array of Digital Download Books on the website.

Erin 2nd Edition has an easily learned 2D6 based rules system that is scenario driven with a normal game lasting between one and two hours in play. The game book features full rules, no need for expansions, create and advance your characters and creatures using a full points and warband and hero generation system. Also a full Druidic Magic system and all needed rules for Chariots, Horses, Gods, Enchanted Animals and Monsters. A full and detailed narrative of the history of Erin and sections detailing the nature of each of the five main peoples of Erin. Includes three made scenarios and a short section for inclusion of a fictional Roman Invasion of Erin. Generate scenarios, the landscape and even the weather and then use the mini campaign section to manage your warband between games.  (106 pages.  With a few pages removed and reordered to improve).