Alternative Armies is delighted to restore to the world a range which inspired so many which followed it.  At the dawn of the 1980's Asgard Miniatures began their Fantasy Monsters (FM) range.  We have worked hard to allow tabletop gamers, collectors and Asgard fans the chance to have these miniatures once more. FM2C Mounted Ogre on T Rex (rider only too)

The restored metal miniatures are 25mm / 28mm scale and now also have brand new images from all angles and painted by our studio team.  There are some rather odd and special poses here. 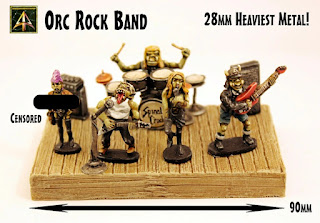 We have the classic Orc Rock Band too which we have lovingly named 'Spinal Crack' for our own painted set. Go HERE for the full band with stage or HERE for the listing of parts if you want to build your own mighty metal rock band. 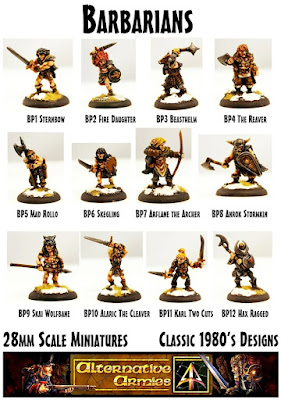 The Barbarians of the Wilds some of the finest character miniatures of the 1980's as singles and a value set.  Sculpted by Jez Goodwin.

The Torture Chamber Range contains adult themed miniatures with one of the largest arrays of devices and victims available.  This includes several sets such as the TOR18 Trees of Death which were never released in the 1980's but are now.  Every code is a set and single pieces within in on the page. 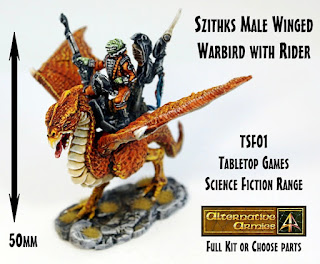 Alongside the other collections we have restored there is the Tabletop Games and Asgard Miniatures Science Fiction Range which contains many aliens, robots, creatures as well as the mighty TSF01 Szithk War Bird pictured.  Great in any game system and collectors.

We hope you enjoy our efforts to keep such wonderful classics in production and we are continuing with this project and each time we get further codes online we will let you know.

Thanks for your Time.