Savagery and blood fuelled rage defines this awesome Dragon.  We are delighted to bring to the world once more a 1980's monster which is in new molds and on our website.  Suitable for any scale it is in our Monsters and Creatures (28mm Fantasy) and our HOT 15mm Fantasy Range.  New pictures for you to enjoy and for now it is also on special offer too. 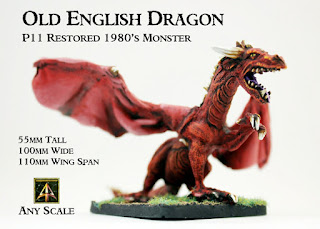 Originally created by Rieder Design in the 1980's it came to Alternative Armies along with other codes which went into our Undead 28mm Fantasy (VNT1 The Eternal Guard) and our Orcs & Goblins 28mm Fantasy (FL1 and FL2 Goblin Knights or 'Doomguard').  It had featured in the early 1990's as DW1 Camlabrimdon Dwarfbane alongside our other Dragons (currently not on the site except for DRG5 Ki-Shu Oriental Dragon) and then more recently as the Fury Wyvern in Typhon.  We gave it back its original code which is P11 (pack eleven) Old English Dragon.  If you love Dragons you will really like this great metal model. 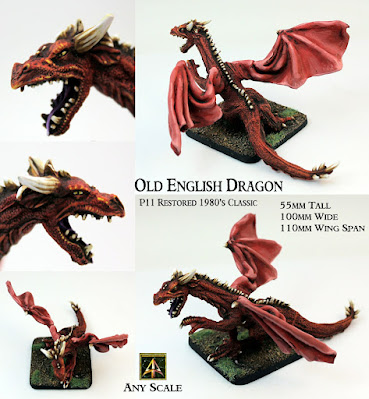 P11 Old English Dragon: Full of detail and expression it is a creature of rage and power. It is composed of five metal parts these being the body, a foot, the tail and two wings which are straight forward to assemble. Once assembled the Dragons stands about 55m tall, 100mm or so across and about 110mm long including the tail. Suitable for any fantasy campaign and rules system. 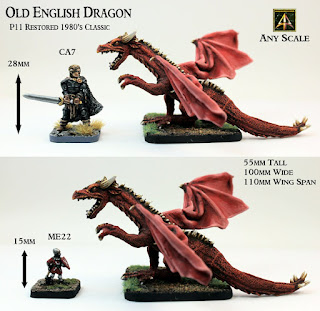 As you can see it works well with 15mm scale and with 28mm scale too. 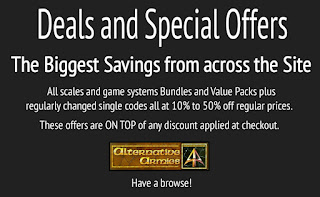 We have a page full of deals and offers which changes regularly.  Well worth a look as this is where we keep all of our bundles, armies and so forth meaning even bigger savings.  Go HERE.

Thanks for your Time.