With kind permission from Jim Pitt over in the United States of America we are delighted to present some pictures and links to his painted up Isarus miniatures to be used in medieval wargaming.  You can see the range HERE which covers Arabs, Byzantines, Late Romans, Goths, Huns, Sassanids, Sarmations and other nations and lands. 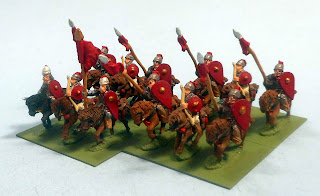 Above are Byzantine heavy cavalry with lance and with bow as well as mounted command from codes BYC3, BYC4 and BYC8.  The figures can be used for any game system of course and these are based for the 'Command and Colours Medieval Rules' as stated on Colonel Cambell's blog. 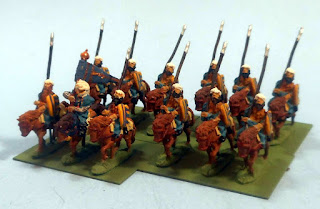 Arab Cavalry above making ready to take to the table.  There are three blog posts to look at if you click through.

If you have pictures of miniatures made by us and wish to show them to the team please make contact on sales@alternative-armies.com and we will be pleased to take a gander.