Back in the 1990's there were not many packs of Dwarves for Flintloque and while in the late 90's the choice expanded greatly it was still less than in the case of Armorican Elves or Orcs of Albion.  The Bier Wars project alongside the previous Von Rotte Legion 2014 expansion is changing all that.  There are a huge number of new Dwarves coming to Valon. 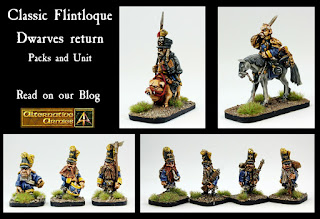 Last month we released the new Legion de Nain Line and now in May we have new mounts for the Dwarves and we see the return of all of the classic packs for the Legion de Nain in new molds.  These slot in perfectly with the new miniatures for players, fans and collectors alike.  Here they are all remastered and expanded with a new foot officer too. 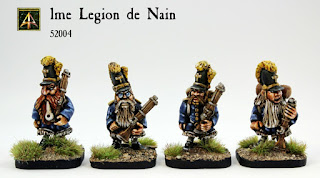 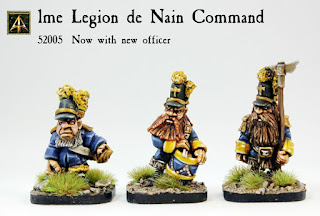 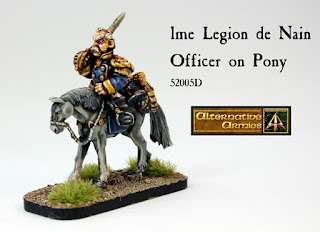 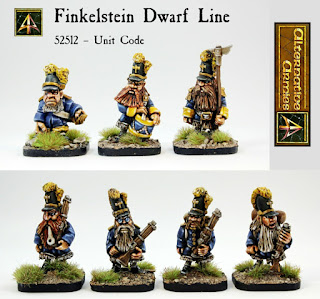 52512 Finklestein Dwarf Line:  This unit code is for Slaughterloo or large games of Flintloque with a saving off twenty miniatures made up of codes above.  Go HERE. 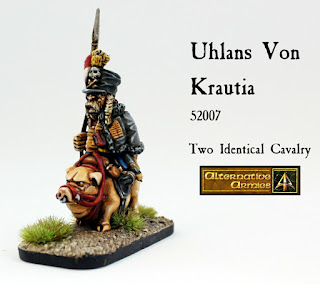 This is the second of three updates for May 2021 concerning Flintloque and Dwarfs of the Confederation.  See the first on new Pig, Boar and Dodo mounts HERE.  In the third update it is the turn of the Gunners and off a singled out Dwarf Messenger code as requested by players.