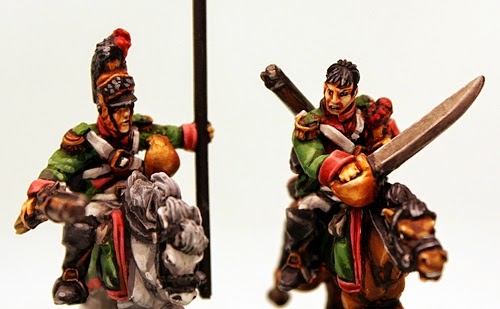 “Captain Sharke did not even flinch when the carbine ball struck the cork tree he was taking cover behind. Too many musket balls, cannon balls and even rockettes had tried to end his life for it to bother him anymore. Instead he thought about his next move. It was only his strategy that his half orc mind dwelt on for the mechanical action of reloading his Bakur Rifle was so ingrained that he was only barely aware of the ram rod that he was forcing down the barrel with its spiralling groves. A few seconds later he lifted the rifle and readied for firing. He had made a choice. They were going to retreat but not before giving the pointy eared buggers a few new holes to leak out of.

A dozen Elf dragoons sat astride their horses, carbines in hand, taking aim at the small grove of cork trees where the Orc infantry were sheltering. The stand off had lasted some five minutes and it was clear with the open ground around the grove the slower moving Orcs would be sabre fodder if they tried to make a run for it. They were prepared to wait. Unlike Hussars or any other Ferach cavalry they had black powder fireloques and could harass the Orcs from a distance. Once enough of the Albion filth were wounded or killed they would either run or surrender. Either way they would die for the Dragoons were in no mood to take prisoners.

Sharke had five Chosen Orcs with him. In their faded green jackets they were like their officer armed with the lethal rifle. The rest of the group were a scattering of red coated Orc with their smoothbore Bessie Muskets. The Captain ordered the musket carrying Orcs, snarling with tusks bared, to emerge from the trees with their bayonets fixed. To give the appearance that they were going to make a desperate suicidal charge at the Dragoons having run out of powder for their msuekts. Suicidal it would be for the Dragoons would fire and then just canter away before firing again; never being caught by the wicked bayonets. But Sharke knew, he knew, that that the Elves would wait for a shot before riding away and he was counting on it. He and his Chosen Orcs would sneak out behind the others and then at the right moment pop up and at such close range for a carbine they could not miss with the rifle. With near half their number killed or wounded by the ruse Sharke was sure they would hesitate long enough for the bayonets to rush in and carve them to the bone.”

Now in the final stages of readiness for release are the 51533 Ferach Elf Modular Dragoons. We will be coming along soon with final details and a release date for these multi-pose chaps but for now here are some pictures. The images show the Officer and the Eagle Bearer from the unit in the uniforms of the 18th Dragoons which is the regiment we have chosen to represent the massive choice in build and uniform you can make with this set. 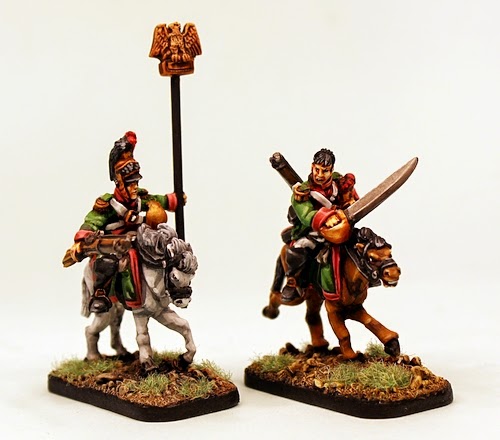 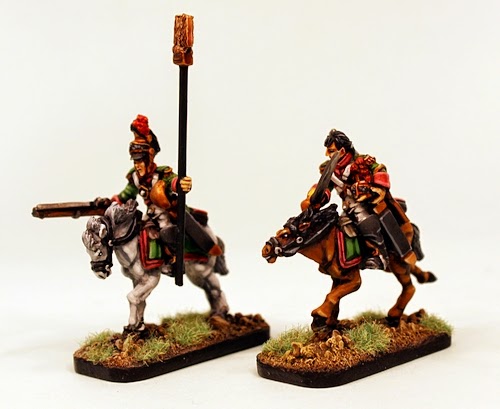 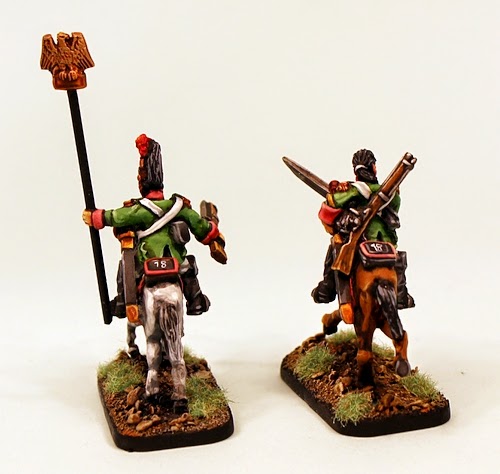 There will be extras alongside the release of the 51533 set and these will include the following:


So lots to come. Keep your virtual eye on the blog here!
Thanks for Reading.