Just in time before the month ends! 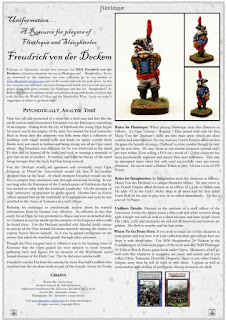 Two new articles are now added to the free files list from Alternative Armies which can be had by a request to enquiries@alternative-armies.com. With more than fifty free articles as PDF's this list is a must for fans of Flintloque, Slaughterloo, Erin, Typhon and more.  Why email us...so I can speak to you!  Really, yes.  I want to speak to wargamers.  The new files are already online at the Notables yahoo group which you can join HERE and I will give you membership.  So what is new? 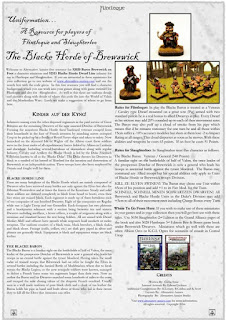 Taking a term from the old Orcs in the Hills magazine from the 1990's they are two new 'Uniformation' articles.  Each gives character profile, background, game rules for Flintloque, game rules for Slaughterloo as well as uniforms and other information.  One page fun reads formatted as a page from a Flintloque book allowing you to view or print out and add to your books. 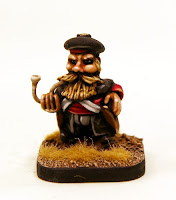 52020 Baron Brewswick on foot which you can see HERE and the Blacke Horde line infantry HERE. 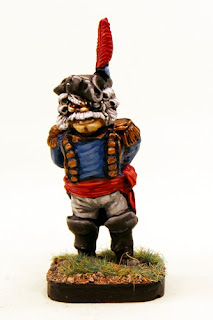 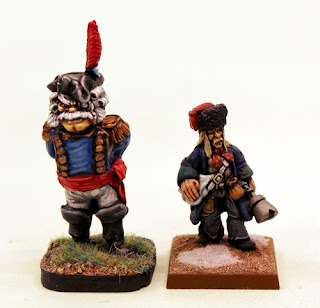 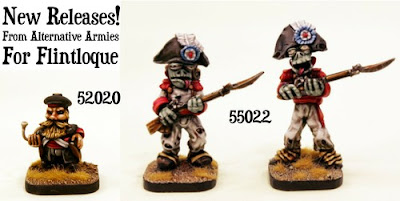 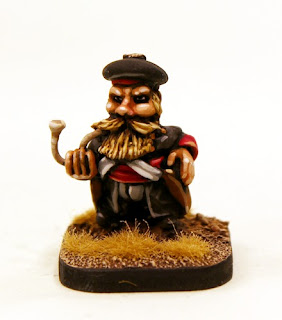 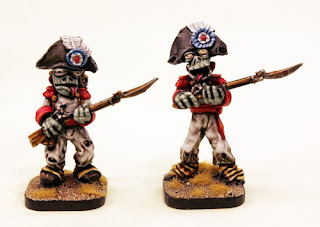 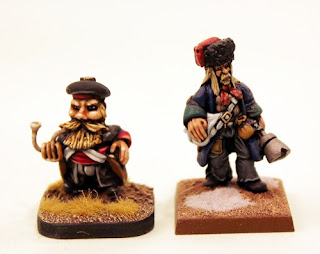 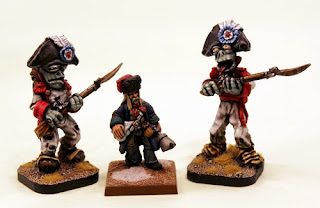 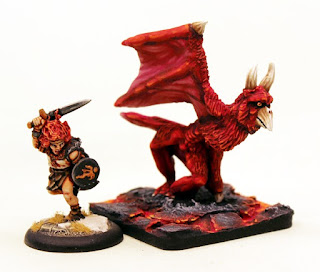 Welcome to the SHM (Self Help Miniatures) Range to a new aspiring designer Mr Greg Saunders! Now released his first model in the range SHM89 Vivaki the Hunger Bird!  Go HERE or read on for more information.  Excellent work Greg! 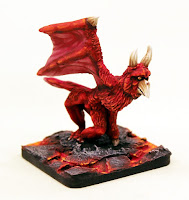 SHM89 Vivaki the Hunger Bird
A demon, a construct, summoned by a wizard or the native monster of a fantasy world the Vivaki is all these things.  Something really strange for your fantasy collection.  This code contains one white metal single piece miniature.  The monster stands approx 50mm tall to the eye line and 60mm in length from tail to mouth.  Suitable for use in 28mm scale and in 15mm scale.  This code is supplied unassembled and unpainted.  Images show the miniature from different angles and also alongside a 15mm scale miniature (16mm tall) and a 28mm scale miniature (28mm tall).  12.00GBP.  Go HERE.

Alternative Armies and 15mm.co.uk
team up this week with two releases in the SHM Range! 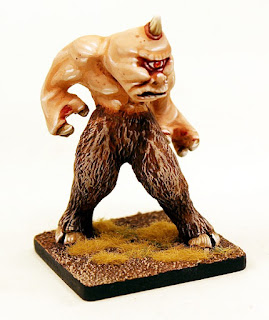 SHM88 Bestial Cyclops
Got Greek Heroes or Post Apoc Warriors that need eaten?  This is the monster for you! This code contains one high quality grey tone resin miniature in three easy to assemble pieces.  When assembled this monster stands approx 55mm tall to the eye line.  Suitable for use in 15mm scale and in 28mm scale.  This code is supplied unassembled and unpainted.  Supplied with a 40mm Square base.  You can choose to purchase one pack or use the drop down option on the product page to select buy three and save 10% on screen.  Images show the miniature from different angles and also alongside a 15mm scale miniature (16mm tall) and a 28mm scale miniature (28mm tall).  7.00GBP. Go HERE.