Alternative Armies is delighted to present five more returned codes for the World of Valon.  As teased on Orcs in the Webbe before Christmas these five cover a new changed pose in the Elf Column as well as remastered Moskova Volunteers and altered Todoroni Casualty within the 777th Croaked Line.  Follow the links in this article to find these miniatures which have also been given the ability to select single poses on the website page as well as pack or unit.  We have also reduced the price of some poses. 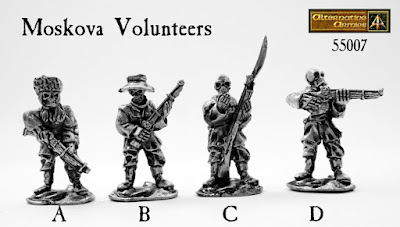 55007 Moskova Volunteers – A classic pack which contains four different skeletons with carbines which has now been remastered with minor pose alterations and strengthening.  The lowest of the low troops for the Dark Czar.  Pack and single pose choice now and also a reduced price per miniature. 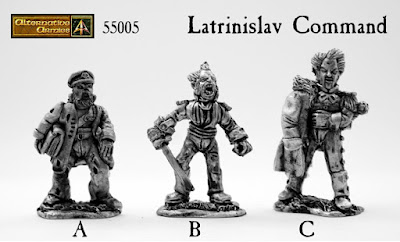 55005 Latrinislav Command – A classic pack with the original command poses for the Undead of the Witchlands.  Great for many uses now in new mold and with single pose choice on the page. 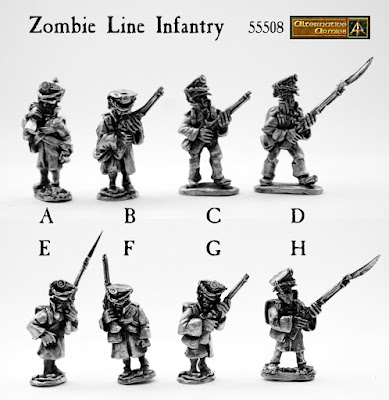 55508 Zombie Line Infantry – Perennial favourites and core of all players who field the Army of the Dark Czar.  Eight different Zombies in great coat with shako and a musket.  New molds and minor pose alterations.  Pack with reduced price or a full twenty eight miniature unit with command element and saving or single miniature choice. 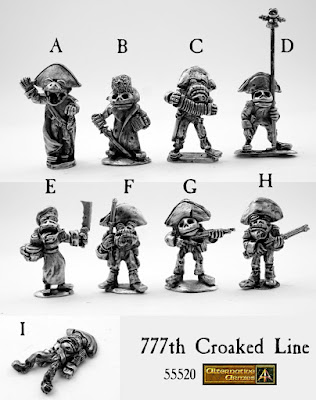 55520 777th Croaked Line – Not all Zombies are formally Elves oh no.  Todoroni marching into the Witchlands and have been turned, by the Graviski Reanimator, into fodder for the Dark Czar.  Nine different poses including the only Todoroni Vampyre and Liche.  New molds and now with single pose choice on page and reduced price on several poses.   Additionally the recently dead or recently risen Todoroni in this code has been altered to make its legs thicker. 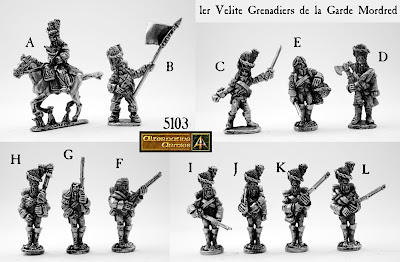 5103 Velite Grenadiers de la Garde Mordred -  The mighty Elf Column as painted by Jerry Frazee now has new molds as well as an altered pose (5103B Banner Bearer) now included.  New images and select any one of the twelve poses as a single miniature too.  Central to any Elf player's forces and Slaughterloo divisions.

If you wish to learn more about Flintloque then visit the website or see the Begin in Flintloque page for free resources and the 5024 Escape the Dark Czar beginners set.