The new page for En Garde the game of duelling in the Crystal Empire of the Elves is here!  The game itself will be released later in 2020 but now we have put all of the classic now re-mastered Elf duellists onto the website.  Ten single miniatures and two packs with a saving.  Go HERE or read on for more.  Great for any fantasy setting.  Our last news and releases for June 2020. 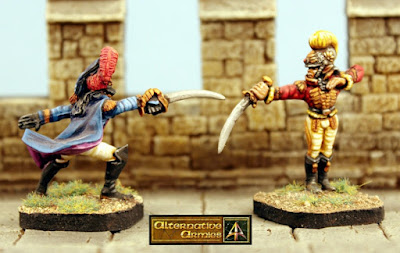 Duelling in the Crystal Empire at the dusk of Wylde Magick and on the eve of the Elvish Civil War.  In a time just before Flintloque the Skirmish the Elves placed honour above all else.  Each regiment in the armee had its own heroes and they fought to first blood or even to the death. 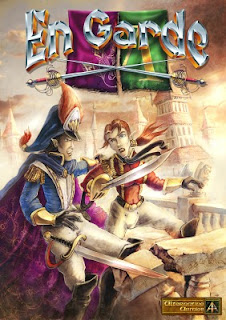 This collection of 28mm scale miniatures are all suitable for use in the En Garde game as well as other World of Valon titles as officers or personalities.  Packs and single miniatures for maximum choice.  All Elves shown in 25mm square bases. 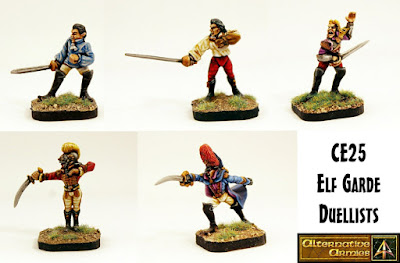 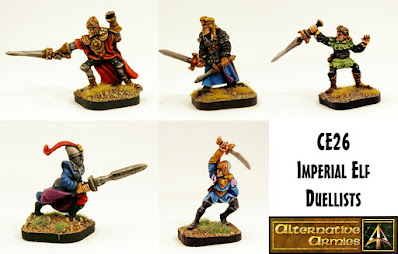 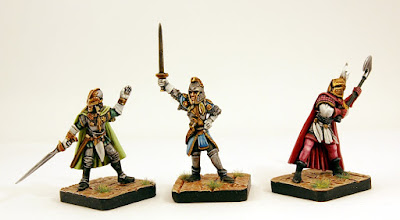 The Crystal Elf Empire range contains many suitable figures for duelling.  You can see the whole range HERE.  Among these the pack CE18 Crystal Elf Warriors is one of the finest for this.  Above are three figures from CE18 all ready to duel.
Thanks for Reading,
GBS
Posted by Gavin Syme (GBS) at 03:42