“A malign and evil monster which comes from the ice flows and from the forests to consume the flesh of living creatures and to cause them madness and in possession of their minds make them commit heinous acts.” 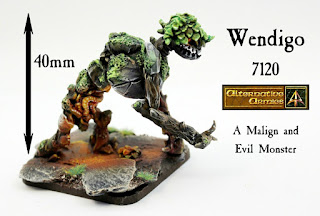 A creature of North American folklore the Wendigo which takes many forms and several spellings. Our painted example was chosen to be a woodland not ice Wendigo composed of rock and vegetation rather than snow and tundra.  Its guts are superheated! 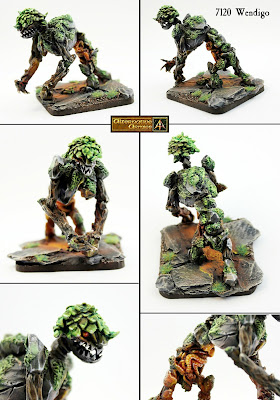 This pack contains one 28mm scale metal and resin model. Supplied in five pieces these being the lower body and legs, the upper body, the head and two arms.  A degree of pose choice in arm and head positioning is possible. When assembled the model stands 40mm tall, 50mm long.  Go HERE. 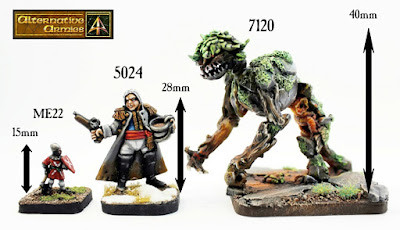 As you can see this monster works in many settings and scales shown with a 28mm and 15mm miniature.  Sculpted by John Bell in his work on the Frontear Range and alongside his Sengoku 15mm Japanese Fantasy Range this is a great model with a lot of detail to be seen.