“When the tomb was opened the ranks of spearmen were shocked and then terrified when out of the darkness of its sandy strewn depths came a shambling mass of mummified Undead. Wrappings dragged the ground and several of the creatures collapsed on desiccated legs finally giving way after aeons.  Arms outstretched the mummies came for the living.”

A new pack in the HOT 15mm Fantasy range for fans of any game system and as with all the other codes in HOT you can have a pack or a sampler option meaning battle and skirmish level options.  Go HERE. 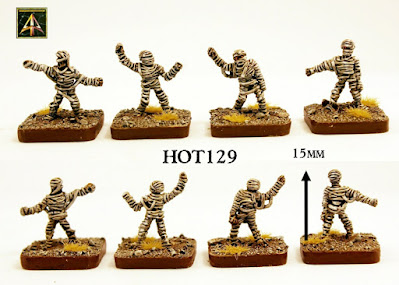 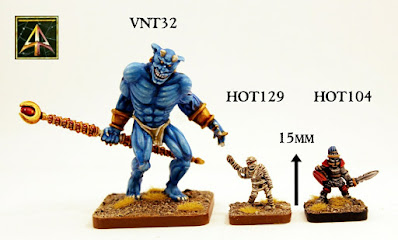 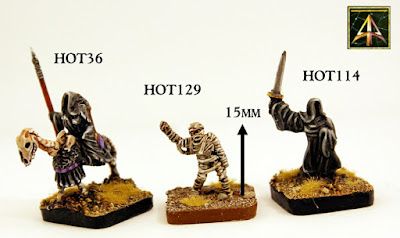 You can see all of the Undead in the range HERE in a refined search.  A Mummy next to a HOT104 Anti-Paladin in full armour and the mighty VNT32 Splendorous Djinn (in one of its own supplied weapon choices) which stands 55mm tall.  Also HOT36 Wraith Cavalry and HOT114 Wraiths.