Alternative Armies now expands the Altuos 15mm Renaissance Range with new miniatures now totaling 170 poses.  Sculpted in the same style and to the same fineness as the original range these new Landsknects add to the Pikes from last month giving four with two handed sword, four with crossbow, four with arquebus, four with halberd and four armoured with halberd.  Twenty 15mm poses.  Go HERE for the range which covers late 15th century through to the 17th century and look through all the miniatures. 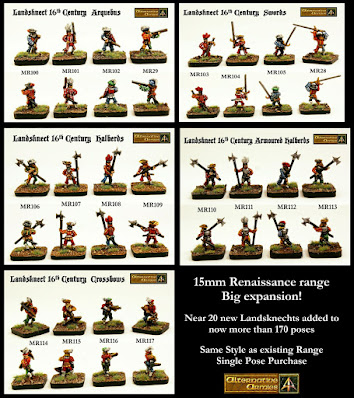 Every miniature in the whole range including 15mm buildings, walls and tents plus horses and artillery as well as cavalry and infantry can be had as a single meaning total control of your army for your chosen game system. We also have the Furioso Renaissance wargame rules with its Italian Wars expansion by Steve Danes.  These books can be had in print or as digital downloads at twenty percent less. 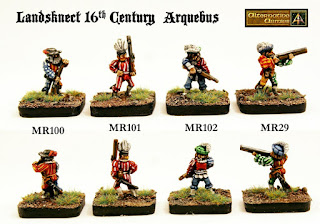 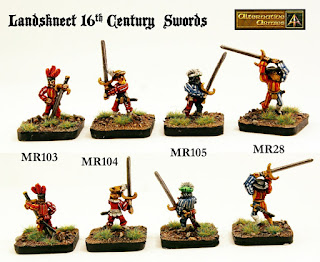 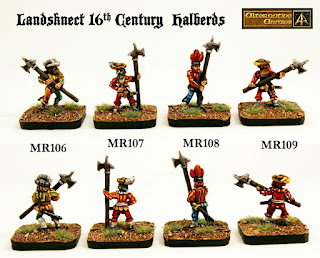 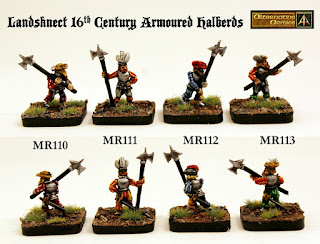 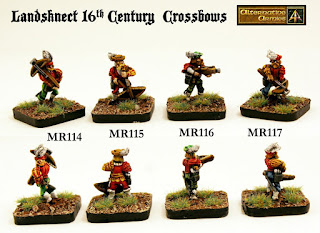 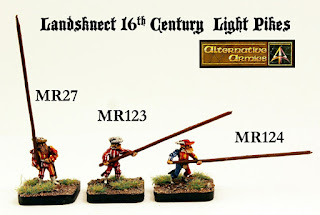 We hope you enjoy this big expansion and these were added to the Light, Heavy and Armoured Pikes in three poses each last time. There are now nearly thirty different early 16th century miniatures for these paid for troops and we will be releasing more in coming months.